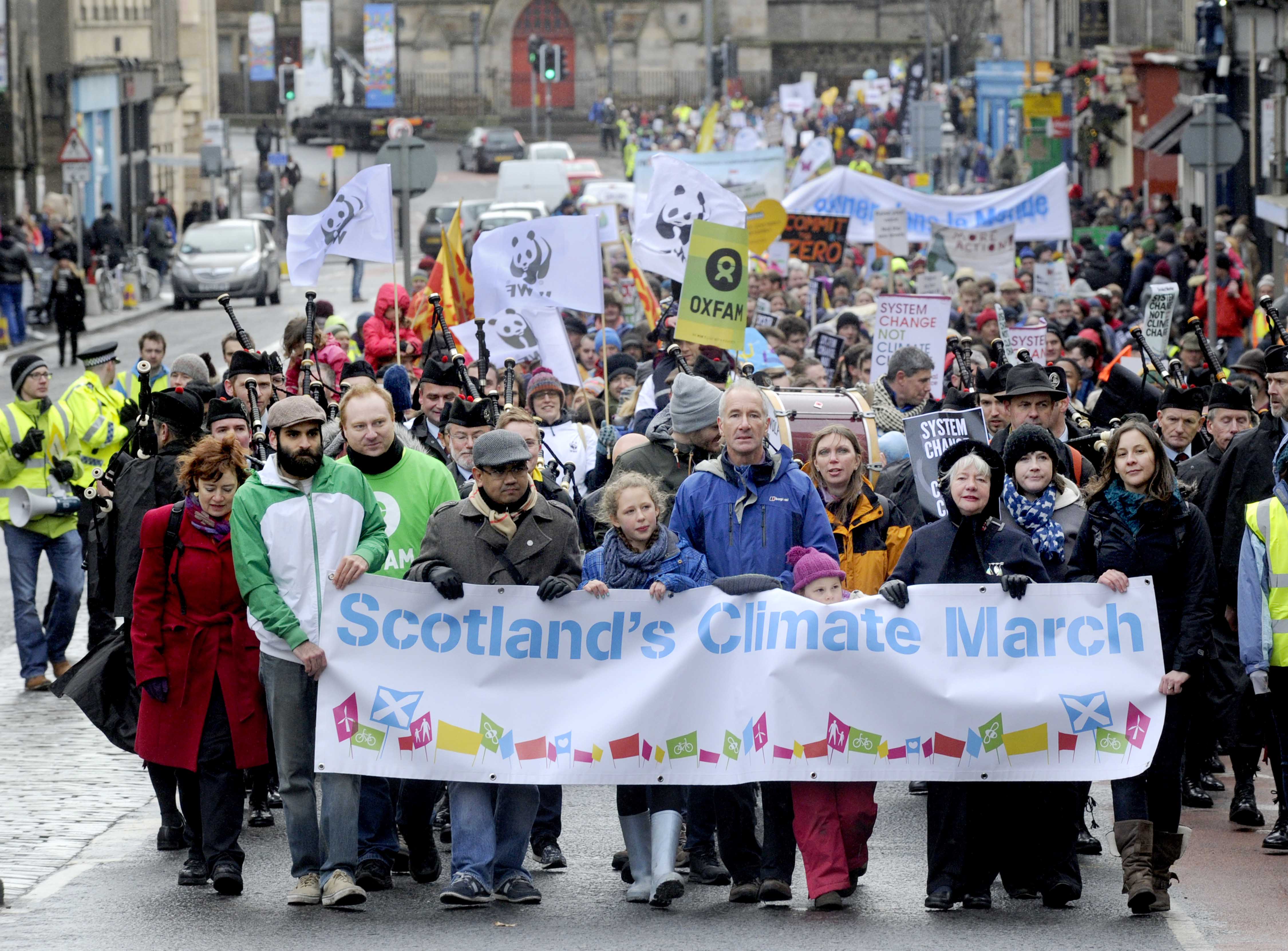 This was a massive global moment for the climate movement across the world, and we were part of it!

Stop Climate Chaos Scotland organised Scotland’s Climate March which was part of a global weekend of action ahead of the historic UN climate talks in Paris, where the new global deal on climate change, The Paris Agreement, was reached. Over 5,000 people from across Scotland marched in Edinburgh in late November 2015 to make their voices heard. 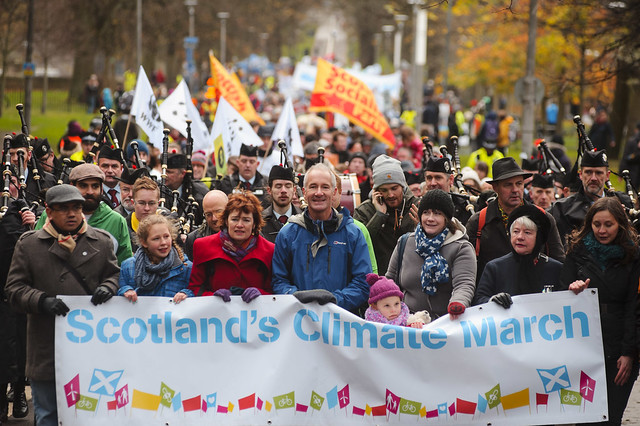 That important global weekend of action saw hundreds of thousands of concerned citizens across the world, including in Edinburgh, take to the streets to tell political leaders that we wanted a strong agreement for climate action and justice for the world’s poor who are already suffering the impacts of climate change.

We also organised The Wave climate march in Glasgow in 2009 in the run-up to the UN climate talks in Copenhagen.