The 2016 Scottish elections were an important moment for thousands of people across the country to remind political party leaders that they want to see the next Scottish Government turn climate ambition into climate action.

By 2016, all parties in the Scottish Parliament were broadly supportive of action on climate change.  In 2009, this had become a concrete commitment, set down in Scottish law, in the form of the Scottish Climate Change Act.

Meanwhile, at the UN climate talks in Paris at the end of 2015, political leaders from across the world had agreed to take more significant and more urgent action on climate change.  It wasn’t enough on its own, but it continued to push countries – particularly those who are less keen on reducing their emissions – to confront this most pressing issue.

Scotland’s political parties now need to set out new actions that will put our nation firmly on its way to becoming a low carbon economy.  The transition to a greener economy can kick-start jobs, cut emissions, and help tackle social issues like fuel poverty.  The consequences of the decisions that the next Scottish Government takes will stay with us for years to come, and that’s why Scotland’s political parties need to know that tackling climate change is a priority.

Here are some of the activities we did as part of this campaign: 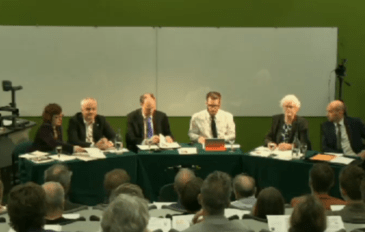 Broadcaster David Torrance hosted an evening debate on climate change with political party spokespeople. It was broadcast live online with questions and participation from across the country. Watch a recording of the debate. 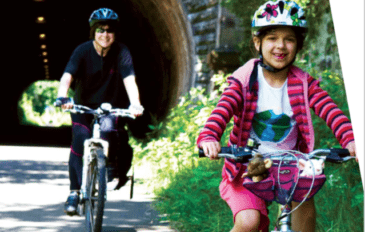 Stop Climate Chaos Scotland pulled together a manifesto of some of the key transformative decisions for the next Scottish Government. Read our alternative manifesto for the Scottish elections in 2016. 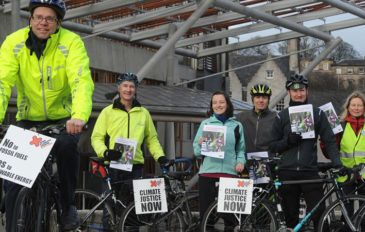 We hand-delivered a copy of our manifesto to political parties’ HQs. 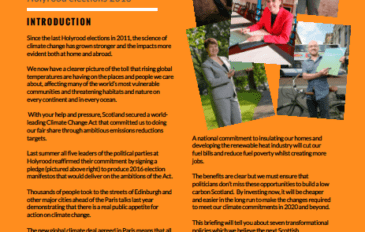 Briefing for talking to election candidates

We put together a briefing to help members of the public talk to their election candidates about climate change issues.

We also campaigned in the run-up to the 2011 Scottish Elections.

SCCS’ election campaign was directed towards the five political parties at that time already represented in the Scottish Parliament.