A climate act for all our futures 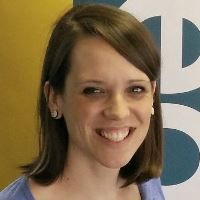 By Charlie Bevan, Advocacy and Campaigns Manager at Tearfund Scotland

Global temperatures in July this year were the second highest ever recorded. For Nepali families recovering from recent floods or farmers in Malawi fearful of another small harvest, these rising temperatures contribute towards a changing climate that is having a very real impact. Lyson (below, left), from the Dowa District in Malawi explains: 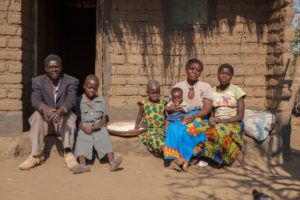 “In the past the soil here used to be very fertile. We would grow our crops and harvest a lot. But over the years the environment has been destroyed and the soil has become infertile. Because of climate change there are less rains, and we are harvesting only a little food – which is a big challenge for us.”
For international development organisations like Tearfund the mandate for climate action goes beyond our domestic considerations as we regularly hear first-hand experience of climate injustice from the partners we work with around the world.This is not about charity, but about justice. The truth is those who are facing the full force of a changing climate are the ones who have contributed least to it.Scotland has a long history of being an outward facing nation, recognising our wellbeing to be inextricably linked with the wellbeing of others. The new Scottish Climate Change Bill affords us the chance to say to the world that we remain committed to acting as a responsible and compassionate nation.

The Scottish Government should rightly be congratulated for its ambition, and progress, on climate action to date, but if its reputation as a global leader in this area is to remain we need a bold new commitment.

Writing in the Herald in June , the Scottish Government’s Cabinet Secretary for Climate Change, Roseanna Cunningham said Scotland’s status as an international climate change leader would be reinforced through new proposals, based on advice from the UK Climate Change Committee, to reduce greenhouse gas emissions by at least 90% by 2050.

However, as members of Stop Climate Chaos Scotland, we believe this doesn’t go far enough, soon enough. We believe the Scottish Government must commit to net zero emissions by 2050 at the latest.

How can a country have zero emissions you might wonder? Of course a population, however ‘low carbon, will generate some emissions – from the manufacture of products, to the methane from our livestock. But there are also things that absorb greenhouse gas emissions, like trees and peat bogs for example. So we are talking about ‘net zero’ as emissions neutrality between emissions sources and removals.

The Paris Agreement – the international agreement on climate action – goal of zero emissions by “the second half of this century, on the basis of equity” implies that Scotland, and other developed countries, will have to go significantly further than the Scottish Government’s ‘at least 90%’ goal by 2050, to limit global temperature change to 1.5 degrees.

A team of international experts on climate science recently concluded that if we’re going to have a good chance of limiting global warming to well below 2oC then global emissions need to halve in each decade and reach zero emissions by 2050.

There’s no reason we can’t achieve this in Scotland. In practice, it would mean reducing our emissions by 77% by 2030 and 90% by 2040. Sticking to this plan would mean we’d be able to reach zero emissions by 2050 at the absolute latest.

It’s what the Paris Agreement calls on us to do, and what our brothers and sisters in Malawi and across the developing world should expect of us. It is the right thing to do and can truly hold Scotland among the leading countries for climate action in the world. The Scottish Government’s public consultation on the Climate Change Bill is open until 22nd September 2017. Click the link below to show your support for a more ambitious act and stand up for climate justice for all. 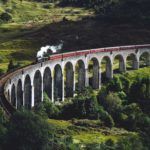