2022 marked a historic moment in the fight for climate justice – an agreement at COP27 to set up a specific fund for responding to and addressing loss and damage, finally delivering an acknowledgement that rich countries must pay up for their climate damage. This victory comes 30 years after it was first proposed by climate vulnerable countries, and is the result of years of negotiations and campaigns by Global South governments and civil society. Whilst the details of this fund now need to be agreed, and advocacy must continue to ensure that it urgently and equitably delivers finance at scale to affected communities, we can also take a moment to celebrate this as a landmark moment for climate justice.

Scotland played a small but significant role in the latter stages of this fight for climate justice, and Stop Climate Chaos Scotland (SCCS) members and supporters can be proud of their contributions over a number of years, showing the potential for globally significant impacts when people come together and campaign for change.

Since SCCS was founded in 2006 there has been a strong call for international climate justice funding, led by international development NGOs who formed a core of the founding membership, alongside calls on the Scottish Government to cut emissions. Once the 2009 Climate Act passed through the Scottish Parliament, the spotlight moved strongly towards increased efforts to establish a Climate Justice Fund – something no other nation had done at that point.

The 2011 Scottish elections provided the SCCS International Group with the opportunity to push politicians to show global climate leadership by setting up a Climate Justice Fund, to provide funds to help communities impacted by climate change in the Global South. At this point, the term ‘climate justice’ was highly taboo, with many rich countries refusing to publicly acknowledge the injustice of the climate crisis. After years of inside and outside advocacy work, the SNP manifesto ahead of the 2011 elections included a commitment to establish a Climate Justice Fund if elected – a huge win that we warmly welcomed. Crucially, and as we had called for, the fund was additional to Scotland’s existing International Development Fund, sending an important message about the need for climate finance beyond existing development finance.

The Climate Justice Fund was launched by the First Minister at a conference in Edinburgh in 2013, with his opening remarks highlighting the impacts of climate change on the most vulnerable communities and much positive rhetoric – largely based on SCCS messaging and briefings – and announcing a doubling of the fund. The conference also featured the former UN High Commissioner for Human Rights and President of Ireland, Mary Robinson, the most outspoken proponent for climate justice funding on the international stage.

Although the fund was small, it was a world first which was symbolic. Having broken new ground with its creation, we called on the Scottish Government to encourage other rich nations to follow their lead. The First Minister went on to make speeches on climate justice to audiences as varied as the Communist Party Central School in China and Princeton University in the USA.

In the years leading up to 2019, SCCS worked hard to shape the new Scottish Climate Change Act, and strong public pressure helped secure the Bill’s emissions reductions targets of 75% by 2030 and net-zero by 2045. Behind the scenes, we also worked closely with Ministers, civil servants and other politicians – in particular former MSP Claudia Beamish – to secure amendments to the legislation which further strengthened Scotland’s climate justice credentials, including requirements in the Act to report on how Scotland is supporting communities impacted by climate change in developing countries, and aligning the law with UN principles.

In September 2019, it was announced that COP26 would be held in Glasgow. There would not be a bigger moment for the Scottish climate movement: it was a huge opportunity for the Scottish Government to show international climate leadership, with the eyes of the world on Glasgow. Ten years on from the Climate Justice Fund win, the SCCS International Group identified that the most impactful thing Scotland could do would be to significantly increase the Climate Justice Fund and to champion the need to address loss and damage, in particular listening to and amplifying the Global South voices who had been campaigning on this at previous COPs but so far had any progress blocked by rich nations, including the UK. These became our key asks going into COP26, included in a policy paper ‘Financing Climate Justice’, our manifesto for the 2020 elections, and our COP26 policy paper ‘Delivering Climate Justice at COP26 in Glasgow’.

Behind the scenes, we held many lobby meetings with parliamentarians, civil servants and advisers, encouraging them to identify issues of loss and damage as a key priority for the Scottish Government at COP26. This was clearly an opportunity for the Scottish Government to take a bold leadership role, with the unique position of being home to the host city of COP but not a signatory to the UNFCCC. Ahead of the Scottish elections in 2021, we ran public information sessions about Loss and Damage, offering advice on how people could speak to their MSPs about it, and a campaign action ‘Share, Show, Shout for climate justice’ to call for the newly elected Scottish Government to champion the issue.

Ahead of COP26 we wanted to ensure the Scottish Government heard from Global South experts on their key issues and what they wanted to see happen at the conference. We secured Scottish Government funding to coordinate and co-host with them the Glasgow Climate Dialogues, a series of online discussions chaired by SCCS members and Global South experts, with civil servants, NGOs, charities, academics and activists attending. It was in one of these dialogues that Professor Saleemul Huq from Bangladesh called on Scotland to break the logjam around the politics of Loss and Damage and be the first to commit funding.

At a speech at COP26 in Glasgow, the First Minister specifically referred to the Glasgow Climate Dialogues as having influenced the Scottish Government position on Loss and Damage, leading to them being the first nation to commit funding to address loss and damage, a huge win. Also at COP26, the First Minister announced the Climate Justice Fund would double. Similarly to the Climate Justice Fund a decade earlier, although the amount committed for Loss and Damage is small, this symbolic first announcement and positive rhetoric from the First Minister on ‘the debt we owe’ and reparations helped to move the debate forward and showed international leadership. At a panel discussion at COP27 the First Minister said “I have no problem whatsoever saying that this is about reparation, compensation and liability, and responsibility. The developed world has caused climate change and the developing world is paying the price. If people can’t see the reality of that then there is something wrong.”

Coming into 2022, we wanted to ensure Scotland continued to set a strong example, and shifted our campaigning focus to the finance for addressing loss and damage being new and additional and to be raised by making polluters pay. We wanted to highlight the links between Loss and Damage and the imperative of meeting domestic emission reduction targets – too often seen as separate issues but two sides of the same coin. We commissioned Dr Richard Dixon to research the fiscal measures available to the Scottish Government under current devolved powers, the UK Government and local authorities to redirect existing funds or raise new and additional funds for addressing the cost of living crisis and climate action at home and international climate justice. We called for the Scottish Government to set up a short life working group to review the findings – this has not yet been acted on by the Scottish Government but we hope that Scotland will take the opportunity to again demonstrate international leadership by embedding a polluter pays principle into its tax and spend powers that would address both the cost of living crisis and the climate crisis at home and internationally.

We have also continued to listen to and act on the calls of Global South campaigners by embedding the principle of reparations into our messaging on climate justice, recognising the deep injustices of the climate crisis and the need for reparative actions and to stop future harm. Our COP27 policy paper included an ask of the Scottish Government to ‘embed the principle of climate reparations into policies and the subsequent communication of these’ and we will continue to develop our understanding and messaging around this principle, guided by experts.

Of course, the moments and activities mentioned above are the most high profile ones – many hours of work have gone into writing briefings, attending lobbying meetings, publishing blogs and speaking to supporters about climate justice, and all of this has contributed towards the progress we’ve seen. There is a lot more to do – but it’s important that we recognise the contribution we have made, along with many others around the world, and the value of us coming together as a coalition to have a shared voice. Together we have helped make a positive impact both here in Scotland and on the international stage. A huge thanks to everyone who has contributed, we can be proud of what we have achieved over the last decade and more. 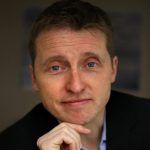 Next Story:
2023: Climate and the year ahead