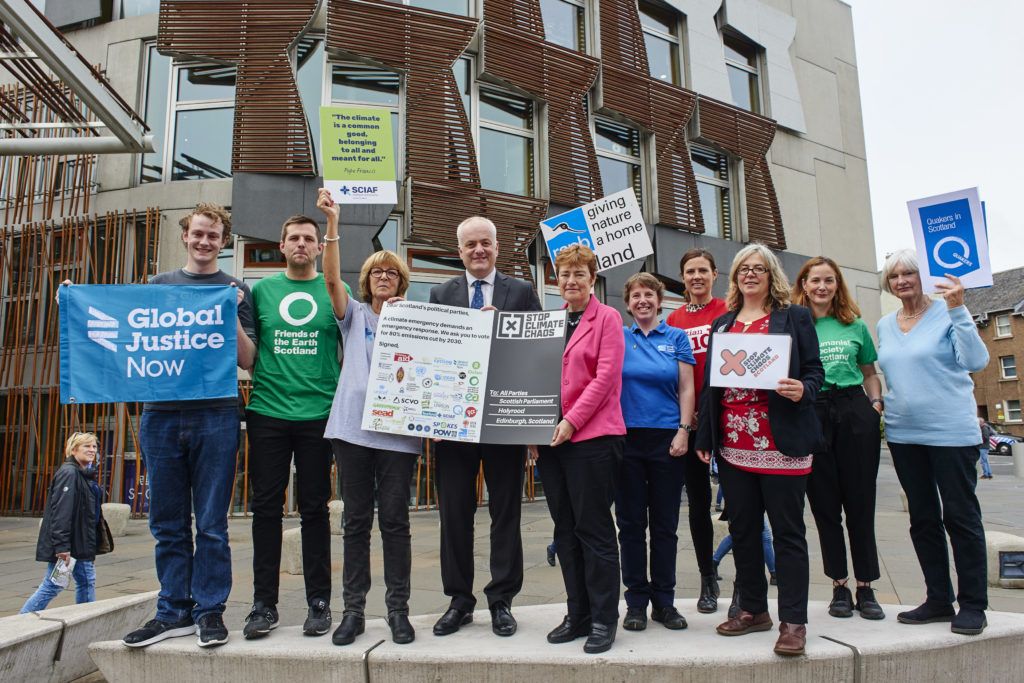 We are pleased to announce that we have a new coalition manager.  Katherine Jones replaces Gail Wilson, who has moved on to pastures new after coordinating the coalition for a decade, and who leaves extremely big shoes to fill.

We’ll pass over to Kat to introduce herself and tell us a little about her thoughts after three days in the job.

What do you think of the job so far?

Well it seems that I have arrived at an exceedingly busy time in climate campaigning. September will see both the Global climate strike on 20th followed by the week of action from the Scottish Youth Climate a strikers and then, in almost perfect timing, the second Climate Bill enters the last stage of its progress through the Scottish Parliament on 25th September.  And if that wasn’t enough,  Two days after I accepted the job, Glasgow was announced as the probable venue for COP26 with the confirmation of Glasgow as the location coming on my very first day in the job.

It has been amazing to see how effective SCCS members are at working together on climate campaigning and the amount of commitment and energy they put into the work of SCCS. I feel so privileged to be able to work with such dedicated and effective people.

What are your first priorities in the job?

There hasn’t been much time yet to get my feet under the table with going straight into recruitment for an admin and campaigns officer to support our work but I hope to get around to speaking to as many SCCS members as I can in my first few weeks in post to get a feel for the hopes and priorities across the coalition for the next few years of SCCS.

My first couple of days have given me a flavour of immediate priorities with one being the campaigning around the climate bill, which has been going on for years and will all be over in less than two weeks,  and the other being the civil society mobilization around COP, which is going to dominate our work over the next 16 months. As well as all the work, opportunities and excitement that the COP will bring, we need to keep our eyes on what the legacy of hosting it could be and keep the momentum and energy going after the show has left town.

And I obviously need to get our new admin and campaigns officer in post as soon as possible to ensure we have the capacity in SCCS to take on the challenges and opportunities ahead. Interviews are this week, so watch this space.

Tell us a bit about yourself?

I have come from RSPB scotland where I worked on all aspects of RSPB’s people work in the South and West of Scotland: media and comms, membership and fundraising, education, marketing, public engagement and visitor experience. I also had a team delivering a project working with communities in Glasgow to bring more wildlife into the city and to celebrate our wildlife via annual wildlife garden festivals. It seems like a lot but I had a team of people who actually did all the work. I think that the busyness and sheer amount of stuff that needed doing will stand me in good stead in the SCCS job!

Before RSPB I worked in Patrick Harvie MSP’s constituency office for a year and, previous to that, spent ten years at SNH, the government’s advisor on natural heritage. There I did a couple of roles including being the key point of communication between SNH and the government and parliament.

My background is as a scientist though, having done a PhD studying the breeding behaviour of the, much maligned, lesser black-backed gull. And I care passionately about good science being at the heart of decision making.

So what’s the connection with climate change?

About 15 years ago I became very exercised about climate change and annoyed that government policy didn’t reflect the obvious science. With a friend, I set up a wee NGO with the aim of helping people make their homes more sustainable. And  I did a part-time masters in economics and sustainable development at Glasgow Uni so I could get my head around economics, which seemed to be such an important decision-making framework to governments and many others. I started counting my carbon as part of a Carbon Rationing Action Group, and continued with that for eight years, dragging young children to visit Swiss grandparents on the train, booked in six separate slots on different days, months in advance.

For the past seven years while at RSPB I had become more distant from climate campaigning. But I was hugely energized and excited when I saw the post of coalition manager at SCCS come up and have thrown myself into reacquainting myself with the science and policy of climate change.

What are you most looking forward to in the SCCS job?
I love a new challenge and it seems like this job will be a hugely steep learning curve. But also, if the people I have met thus far are representative of the coalition as a whole, I think that the people I will work with will be a highlight of the job!
On day three in the job I was hugely inspired by attending a workshop of wider civil society in Scotland convened by the SCCS international group. There were around 40 participants and we heard from Asad Rehman, of War on Want, a veteran of many a COP, about how the COP works and the challenges of hosting the civil society of the world that will arrive in Glasgow in December 2020. There will be a huge amount of work and coordinating with others coming out of this opportunity and I am really excited to see where that leads SCCS.
If you want to get in touch with Kat her email address is kat@stopclimatechaos.scot 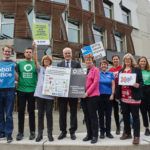 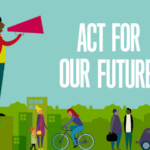