My review of ‘Beacons: stories for our not so distant future’ 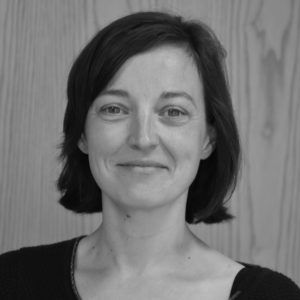 This book has been so many years in the planning. I remember when I first started working at Stop Climate Chaos and our then-Chair, Mike Robinson, said he hoped to get a book published on the topic of climate change by some of the country’s leading authors. Now, this wasn’t the first (or last!) of Mike’s ambitious and slightly mad plans to make things happen, so I took it with a pinch of salt. Nice idea, I thought, but too much work to make it happen.

Well, here we are, four years later and the book is written, published and on sale in the UK and abroad. Some of the most influential and exciting authors from the UK and particularly Scotland have contributed and really come up with some interesting takes on this tricky topic.

With greenhouse gases spiralling out of control, global warming exceeding even the worst-case scenarios previously predicted by scientists, mind-bogglingly frustrating denial of the evidence and politicians burying their heads in the sand, it would be hard to write about this topic without feeling overwhelmed.

It must also have been challenging for the authors to avoid producing overly negative and pessimistic stories, full of clichés. But I also secretly feared that the book might be full of sickly sweet visions of a wonderful future where we all live sustainably in complete harmony with one another, spending all of our time outside in the green and the sunshine.

Somehow though, this book does manage to strike a tone which reflects the seriousness of the situation along with the strength of the human character and the incredible things that people can do in the most difficult circumstances. The 21 short stories each take quite a different look at what climate change might mean for the human race in the future.

Janice Galloway’s trip to the north of Scotland is full of great imagery, with a real sense of gathering and foreboding. The Weatherman is also a particularly memorable, high pace tale with a climactic ending, where the title character’s work is not to predict but to create weather. The characters in The Great Consumer will be familiar to us all and couldn’t fail to entertain and provoke thought on this issue. The book also includes a beautifully illustrated graphic story from Nick Hayes, a stylish and fast-paced race across a very Scottish landscape.

For me though, the outstanding story of the collection is Liz Jensen’s ‘Mother Moon’, told through the eyes of a small boy living in a dark and disturbing future where the poor and vulnerable continue to be sacrificed to prop up the lives of the rich. The language is brilliant – lively, witty – it had me laughing out loud on the bus! It’s this incredible contrast between humour and lightness alongside the depressing backdrop that works so well.

The book has its fair share of worrying scenarios that’s true – but what credible consideration of what climate change means for our future wouldn’t be?

Overall, this collection is a refreshing and much-needed take on the issue of climate change, telling stories rather than pushing out more scientific facts and statistics. We need new ways of talking to each other about this topic and this book goes a long way to help us all start doing that.

Have you read Beacons? What do you think?