With 30th July marking 100 days to go until the next UN climate talks COP27 take place in Egypt, a flagship report warns that there are major outstanding concerns from COP26 in Glasgow that must be addressed if the conference is to succeed. Key issues to be tackled are ensuring there is progress on increasing funding for poor countries facing the worst impacts of the climate crisis to help them reduce their contribution to climate change, adapt to and recover from its effects, and ensuring that they can participate in the talks fairly.

The report analyses the outcomes of the ‘Glasgow Climate Dialogues’ series of talks that heard from representatives of countries experiencing the worst impacts of climate change, convened by the Scottish Government and Stop Climate Chaos Scotland. The talks set out a list of key demands for COP26, many of which were not achieved, and the report lays out what needs to happen at the next conference to meet the needs of poorer countries most vulnerable to climate impacts.

Additionally, the report highlights the world first financial pledge made by the Scottish Government for the issue of Loss and Damage – compensating countries for lost livelihoods and infrastructures – as having had a profound impact at COP26 but stresses that other countries must follow Scotland’s lead at COP27 to secure an effective deal to secure a new global compensation fund. It notes that the leadership of the First Minister in Egypt in championing action on this can be crucial in securing success on this issue which is vital to the success of the conference.

Mike Robinson, Chair of Stop Climate Chaos Scotland said “The Glasgow Pact that was agreed at COP26 was heralded as a success by the UK Presidency, but this report tells a different story. Crucial climate targets for developing countries are still not being met, and financial support continues to fall woefully short of what is needed.”

“We welcome the Scottish Government’s commitment to finance for losses and damages and are pleased that this resulted from the Glasgow Climate Dialogues process with global south partners. Scotland should continue to listen to and act on the calls of countries most vulnerable to climate impacts. However, Scotland can only be a true world leader on climate if this is matched by greater action to reduce emissions and meeting its climate targets, to do as much as we can to reduce our contribution to more floods, droughts and heatwaves.

Julius Ng’oma, National Coordinator for the Civil Society Network on Climate Change in Malawi, said “The Scottish Government made a huge impact on COP26 because it stood shoulder to shoulder with people most impacted by climate change in developing countries. Ahead of COP27, they should do the same and encourage other countries to do so. Action on climate change must be informed by the realities of those who are already suffering most from its effects. Relatively wealthy countries in the Global North like Scotland have a moral duty to do more to help people impacted by climate change in countries like Malawi.” 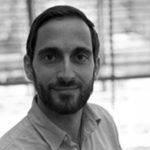 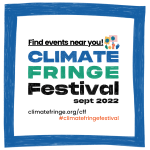