This summer, 20 years on from the Earth Summit in Rio de Janiero, Brazil in 1992, government representatives from around the world will meet at a ‘Rio+20’ summit to discuss sustainable development.

The 1992 Rio Summit was genuinely game changing. It revealed to a whole new audience the injustice that the way we live in industrialised countries is impacting on the lives of the world’s poorest and most vulnerable communities and damaging the planet.

But more importantly it did this with a sense that we can stop it. Twenty years on we’ve seen huge achievements, from world leading climate legislation to widespread production of renewable energy, resulting from people like you taking action. But there is still much work to do.

So during the summit this June, people across the UK will hold Rio-themed events with their political representatives to connect global and national sustainability issues with those in their local areas, and inspire new people to talk about sustainability. In Scotland, we’ll be supporting people to meet with their MSPs to raise these issues. 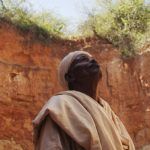