SCCS response to the Paris Agreement 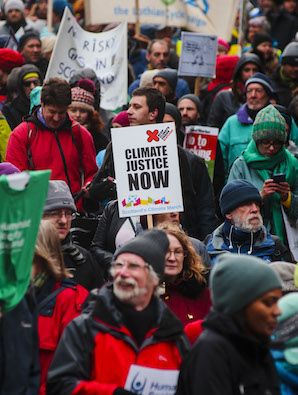 Many words have already been expended discussing the value of the Paris Agreement on climate change signed on 12th December. The reactions have ranged from the euphoric to the depressed.

Our view has always been that, whatever the outcome, the talks were just a step on the way. That remains our view.

People power has pushed politicians to take action. Many hundreds of thousands of people around the world came together before the Paris talks to demand urgent climate action, including at Scotland’s Climate March and governments and politicians have responded to their pressure.

The Paris Agreement commits the nations of the world to ‘holding the increase in the global average temperature to well below 2°C above pre-industrial levels and to pursue efforts to limit the temperature increase to 1.5°C’. It explicitly acknowledges the need to follow science. The fact that the world community has come together and, by consensus, agreed to action is a huge achievement and a source of hope. We should celebrate our part in that success.

We had asked for the agreement that science and honesty demanded, that solidarity and justice demanded. The agreement is a step on the way but we have a long way to go. The UN decision itself acknowledges that far more needs to be done. Above all the challenge remains for nations not just to say good things but to do good things, and quickly.

Countries will meet again in 2018 and then again every five years to ‘take stock’. We will continue to work over the coming years to make sure words are followed by action.

Here in Scotland, our focus now moves away from Paris and back to our own national governments. We must continue to hold politicians to account for their carbon promises, both in Holyrood and in Westminster. The Scottish Parliament elections offer political parties the chance to show how they will invest in a new low carbon Scotland that meets its carbon emission targets. We need warm, energy efficient homes. We need a meaningful shift away from investment in private cars, and towards investment in public transport and active travel like walking and cycling. And we need the Scottish Parliament to use its new tax powers to help cut climate emissions, especially when it comes to Air Passenger Duty.

Throughout the coming months and years, Stop Climate Chaos Scotland will continue to push our politicians for the bold action needed to deliver the promise of Scotland’s Climate Change Act.

The Paris talks are over. We can be proud of the success we have achieved. But in communities in Scotland and around the world, the fight for climate action continues. Stop Climate Chaos Scotland will, with renewed hope and determination, play our part.

Previous Story:
Blog: People Power in Paris – We are making another world possible 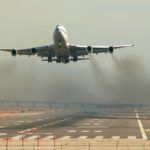 Next Story:
Blog: Cutting air passenger duty would be counter-productive in so many ways