SCCS response to 2017-18 Programme for Government

Yesterday the First Minister outlined the new Programme for Government for 2017-18, including new exciting targets for environment and climate change.

The key measures announced were:

The First Minister’s announcements are great news for everyone who has been campaigning on climate change in Scotland. We welcome the new commitments, which show renewed ambition and that the government has been listening to campaigners. In particular the commitment to phase out new fossil fuel vehicles by 2032 comes very close to the specific SCCS ask in our current Climate Bill campaign, and is one of the most ambitious moves in the world to curb emissions from transport.

We were also pleased to see commitment to investing in active travel infrastructure, a doubling to £80m a year from next year, and creating Low Emissions Zones in our four largest cities. People travelling by bike and on foot helps to reduce air pollution, noise & congestion, as well as delivering well-documented health benefits.  As transport currently accounts for 25% of Scotland’s greenhouse gas emissions, active travel can play a key role in reducing Scotland’s carbon footprint in line with the Paris Agreement.

We were glad to hear the proposal to establish a deposit return scheme to reduce plastic waste in Scotland, and plans to establish a Just Transition Commission. The shift to a low-carbon economy must be done in a way that protects workers’ livelihoods, creates a new industrial base and delivers a fairer Scotland, and we are pleased to see this recognised in the government’s plans.

Yesterday’s announcements showed that climate change is a key priority for the Scottish Government. We look forward to seeing the details of the various commitments and actions to be sure they can and will deliver on what is needed in the necessary timescales.

The First Minister mentioned our collective responsibility to tackle the threat of climate change, stating commitment to ensuring “Scotland plays its full part in efforts to limit the global temperature increase to 1.5 degrees”. It was also announced that the government will introduce its Climate Change Bill in the next year, with “even more ambitious targets to reduce greenhouse gas emissions”.

We call on the First Minister to take this opportunity to commit to reducing greenhouse gas emissions to zero by 2050 at the latest. This is our best chance at reducing our emissions quickly enough to reach our commitments in the Paris Agreement. 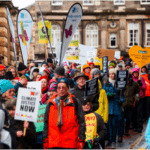 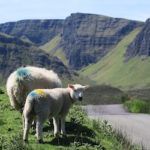 Next Story:
Too much of a good thing