Scotland must get its climate change strategy right 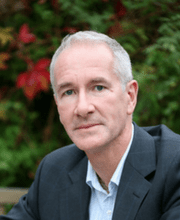 Originally published in The Scotsman

The plan will set out how Scotland will reduce its greenhouse gas emissions between now and 2027. After the considerable setback and embarrassment of last year, when the government missed the first legally binding target to reduce Scotland’s emissions, this action plan is a must-seize opportunity to get us back on track.

In 2009, in response to the voice of the Scottish people, the Scottish Parliament unanimously passed the Scottish Climate Change Act. This legislation was not just a statement of intent but a world-leading commitment to take action to tackle climate change. Today’s plan from the Scottish Government will tell us if that promise is to be kept or broken.

If we are to get back on track, having missed our very first climate target, the new plan must be credible and transparent. The previous plan was undermined by a reliance on possible future actions to cut emissions. This time the Scottish Government must provide clarity and confidence with a firm statement of action and not a list of intentions.

The new plan must mark a step change in effort, particularly to reverse the projected growth in emissions from cars. More effort is also needed to secure warm and affordable homes for all. These are the two sectors where emissions have risen significantly over the past three decades or so, and if Scotland is serious about delivering on its climate promises, these areas will require particular effort.

In October last year, people from across Scotland came to Holyrood to meet with their MSPs about the need for more action to reduce Scotland’s emissions. Today’s plan will tell us if their voices have been heard.