Transitioning to a circular economy is key for Scotland’s just and green recovery.

By Sarah Moyes, Plastic and Circular Economy Campaigner at Friends of the Earth Scotland

For the first time ever, global resource consumption has passed 100 billions tonnes a year. In fact over the past few years, the amount of materials we consume has increased from 93 billion tonnes in 2015 to 100.6 billion tonnes in 2017, the last year in which data is available.

As we look ahead to how we recover from the devastating impacts of coronavirus, there is an even greater need than before to move towards a circular economy.  An economy which helps us to reduce our reliance on the earth’s decreasing resources and makes Scotland more resilient to future global crises.

In order to do this we must move away from our current linear economy model which is heavily extractive and reliant on fossil fuels to a circular economy with high levels of reuse, repair and recycling. Essentially, we need to keep materials circulating for as long as possible before becoming waste.

The Scottish Government has already announced some circular economy plans for Scotland. The latte levy, a 25p charge on disposable cups, will help to tackle the 200 million single-use disposable cups that are discarded in Scotland each year. And the Deposit Return Scheme will help to increase recycling for PET plastic bottles, glass bottles and aluminum drinks containers. However it’s vital that both these schemes are introduced as soon as possible. As DRS is already confirmed to happen 15 months later than originally planned, it must be introduced by 2022 as any further delay risks not only an increase in plastic pollution but a crucial step towards reducing our climate emissions.

Over the past few years, we have made some real steps forward in the fight against single-use plastics and it’s vital we continue to support behaviour changes to cut waste. In 2019, Scotland became the first country in the UK to ban plastic-stemmed cotton buds but as we come out of this pandemic, we need to make sure we don’t reverse the long terms gains we have made as single-use items like masks, gloves and food packaging have

increased over the last few months. Moving forward, we need the Scottish Government to introduce a full ban on the items in the EU Single-Use Plastics Directive priority list, which includes plastic straws, cutlery and oxo-degradable plastics, by July 2021.

In April, it was announced that the Circular Economy Bill would no longer be introduced in spring 2020 due to the ongoing pandemic, and while this was understandable, coronavirus has shown us that we need to move to a circular economy more than ever.

In order to do that, we must properly capture the impact of our consumption of resources. Scotland’s 2045 net-zero target only requires us to reduce our territorial emissions, yet 51.1% of Scotland’s carbon footprint is made up of greenhouse gas emissions embedded in imported goods and services from overseas. That’s why we need robust targets such as a carbon footprint target including imported emissions, a material footprint target, and a commitment to set a biomass reduction target when data is available.

With our global use of materials forecast to rise to between 170 to 184 billion tonnes by the mid-century, it’s clear that moving to a circular economy in Scotland must be at the forefront of any response as we recover from the coronavirus pandemic. 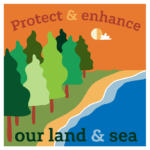 Previous Story:
Our economic recovery must protect and enhance our land and sea 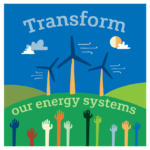 Next Story:
Where is the ‘local’ in our Green Recovery?