Why we should make homes more energy efficient 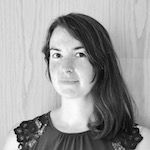 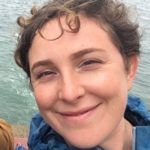 Across Scotland over a million homes are cold and draughty, wasting energy, wasting money and contributing to climate change. Energy inefficient homes keep more than one in four households in fuel poverty and add to our collective carbon emissions. Yet the Scottish Government’s consultation on a new Fuel Poverty strategy, which closes today, recommends deeply unambitious new targets for improving energy efficiency.

The Government proposes to cut fuel poverty from nearly 27% of households today to less than 10% in 2040. Anyone who has spent a January evening wrapped up in blankets in their living room won’t be volunteering to spend another 22 winters amongst that overlooked 10%.

Living in a cold and draughty home means paying for the privilege of heating the air outside your homes as it leaks out through the roof. The enormous amount of energy wasted by these leaky homes flies in the face of the government’s own ambitions on climate change. Ahead of a new Climate Change Bill expected in the Spring, Climate Change Cabinet Secretary Roseanna Cunningham has said that the Scottish Government wants to increase our climate ambition “while leaving no one behind”. With our homes accounting for 13% of all the country’s climate emissions, action to make our homes warmer will deliver significant climate wins as well as lifting thousands of people out of fuel poverty.

The social arguments for tackling poor energy efficiency and acting on fuel poverty are well known. Having a warmer, more energy efficient home reduces your risk of health problems from respiratory illnesses and poor mental health, and would have immediate savings on energy bills. Not to mention the savings to the NHS of between £40-80m a year. A national energy efficiency improvement programme would also create thousands of jobs, spread right across the country.

But the environmental arguments for acting on energy efficiency are less frequently aired. Half of all the energy used in Scotland goes on heating buildings. With more than three quarters of our homes relying on gas for heating and hot water, the need to reduce the demand for this climate change driving fossil fuel is urgent.

Scotland is rightly famed for the positive story we have to tell on renewable energy. And whilst it’s vital that we maintain momentum on the transition away from polluting fossil fuels towards clean renewable energy, the need for the energy produced from either source will be reduced dramatically if Scotland can get it right on energy efficiency. By building new homes to much higher standards, and by retrofitting older homes, we can significantly cut demand for energy and therefore cut the carbon footprint of Scotland’s homes.

Together with our other coalition partners in Stop Climate Chaos Scotland, we’re calling on the Scottish Government to bring all homes up to a good standard of energy efficiency by 2025. Luckily, there are several unique opportunities available to the Scottish Government which would help them to achieve this and to overcome the challenges posed by Scotland’s cold and leaky housing stock.

Firstly, the new Fuel Poverty Strategy which will emerge following the current consultation needs to set much more ambitious targets for eradicating fuel poverty and set strong minimum standards for the energy performance of our homes. Second, the upcoming Climate Change Bill is a chance to set strong targets for Scotland’s energy efficiency programmes over the next 20-30 years. Finally, the Warm Homes Bill, due in Parliament in June, must drive forward action and investment that genuinely creates warm homes, rather than more warm words. We owe it to those people living in cold homes and to the planet to get this right.

Previous Story:
‘We Want to See Double’ – we got there!
Next Story:
Scottish Government Climate Change Plan fails to deliver