Today in Madrid (6/12/19), which is hosting this year’s global climate talks, tens of thousands of people will be taking to the streets to demand a faster and more transformative response to the climate crisis.

Members of Stop Climate Chaos Scotland are in Madrid for the talks and will join protesters from around the world to demand immediate action from world leaders to keep the global temperature rise below 1.5 degrees, and demand climate justice for those most affected by the climate crisis.

The 25th Conference of the Parties to the UN Framework Convention on Climate Change (UNFCCC), known as COP25, was relocated from Chile to Madrid at short notice after civil unrest in Santiago over severe inequality in the country. The two weeks of talks in Madrid, under a Chilean Presidency, run until 13th December. In 2020, the climate talks will be held in Glasgow.

The march in the Spanish capital comes mid-way through the global talks, and on the same day as thousands of people will take to the streets in Chile, and around the world. It comes amid intense pressure for rich, high-polluting countries to enhance financial support for poorer countries to reduce their emissions while adapting to and recovering from growing climate impacts.

“We need to harness all the energy here on the streets of Madrid and around the world and to keep building momentum throughout the next 12 months ahead of these UN climate talks coming to Glasgow in November 2020.

“The UN climate negotiations in Glasgow could be one of the biggest climate mobilisations the world has seen. People have never been more concerned, and we are seeing unprecedented levels of participation in climate action and climate campaigning from all parts of civil society.

“Over the next 12 months, we need all parts of Scottish society to play their part in building momentum towards these vital talks so that they leave a lasting legacy of climate action.”

Scotland is already feeling the effects of climate change, but the worst of the effects of the climate crisis are being felt in the poorest countries of the world where droughts, heatwaves, and floods are hitting people hard.

“The countries that are suffering the most from climate change are also those who have done least to cause it. Too often their voices and demands are ignored at the annual UN climate talks, with too little delivery of climate-just action at the scale and speed required.

“Stop Climate Chaos Scotland is calling for world leaders to heed the voices of those most affected in these talks. Glasgow will be the fourth annual UN climate talks in a row to take place in the global north, making it much harder for global south civil society to participate. We want to see the UK Government and the Scottish Government do everything they can to remove barriers to global south participation in COP26 in Glasgow. The Glasgow talks must genuinely be the world’s COP.”

“It is a huge challenge for people on the ground to communicate their concerns during international negotiations, and the COP in Glasgow must create a welcoming environment for the people in the global south to be heard.

“This should be a “People’s COP” where the voices of real people on the frontline of climate change are included in decision making. Too often in these forums bureaucrats and technocrats decide everything on our behalf.

“We would like to see a space created in Glasgow where citizens of the city and Scotland can come together with those on the frontline of climate change to share their stories and make an impact.”

Later today [6/12/19], Roseanna Cunningham MSP, the Scottish Government’s Cabinet Secretary for Environment, Climate Change and Land Reform, will be holding roundtable talks with representatives of civil society from across the global south. The roundtable will highlight the critical importance of supporting those on the frontlines of the climate emergency to engage fully at COP26 in Glasgow.

Earlier this week, the leader of Glasgow City Council, Susan Aitken, heard from representatives from Uganda, Bolivia and Sri Lanka. She committed that the Council will do everything within its power to ensure the voices of communities from the global south are “front and centre” at COP26, with measures put in place to facilitate their engagement. SCCS say this approach must be replicated by all those involved in the delivery of COP26.

“The next 12 months are massive for climate action, with countries bringing forward new emission reduction plans in the run up to the COP in Glasgow and growing pressure for rich countries to do more to help poorer countries adapt and recover.

“It’s hugely encouraging to hear the Council in Glasgow commit to doing what it can to place the voices of those on the front line of the climate crisis at the core of the talks, and to really support civil society from the global south to be heard.” 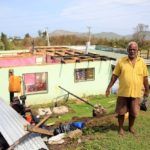 Previous Story:
Guest Blog: Why we should care about Loss and Damage 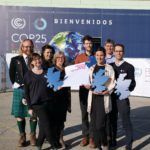 Next Story:
Half a million gather for Madrid climate march – let’s harness the momentum for Glasgow