Responding to the latest Committee on Climate Change (CCC) report,  published today, which underlines the need for more urgent action right away and states Scotland can achieve net zero greenhouse gas emissions by 2045.  The Stop Climate Chaos Scotland (SCCS) coalition and its members said the following:

“This is hugely welcome advice.  We’re in the grip of a climate emergency and that requires an urgent response from politicians of all parties. The work starts now to rapidly accelerate action to reduce Scotland’s emissions.  The growing climate movement, from NGO’s, youth strikes to Extinction Rebellion, is sending a strong message to our political leaders that rhetoric just isn’t good enough.  It’s now up to MSPs to show they are listening to public concern and reflect the ambition of this exciting report in the Climate Change Bill currently going through Parliament.”

“This game-changing advice shows that tackling climate change is an exciting opportunity for Scotland to innovate and thrive. We’ve already made progress but we need to strengthen policy today and deliver swift, decisive action. That would mean huge benefits such as warmer homes, cleaner air, better health and a flourishing countryside, producing good food. The report shows all this is possible and affordable.”

“It’s great to see this report recognise that Scotland, as an industrial nation, has a moral duty to act faster than developing countries. Today’s advice is a starting point for further urgent action. The recent Cyclones Kenneth and Idai caused catastrophic damage in Mozambique, Zimbabwe, and Malawi, with the UN stating the pattern of the storms was unprecedented. We are already seeing these tragedies unfold at 1 degree of global warming. Limiting warming to 1.5 degrees is a matter of life and death for those at the frontline who have done the least to cause climate change.”

“We now need the political leadership through the Climate Change Bill to ensure people working in high carbon sectors are not left behind. It’s essential we now get on with planning the just transition, so that the shift to a zero carbon economy is done in a way that protects and enhances the lives of workers and communities.” 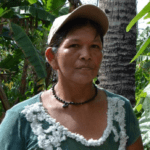