Responding to the news today that the Scottish Government has lodged amendments to the Climate Change Bill to set a legally binding target of net-zero greenhouse gas emissions by 2045 at the latest, Mike Robinson,  Board member of Stop Climate Chaos Scotland said:

“It’s great to see the Scottish Government responding to today’s advice and committing to net zero by 2045. As the First Minister recognised last weekend, we are in the grip of a climate emergency and those at the frontline are already suffering. Enshrining this commitment in law puts Scotland amongst the leading group of nations in the world in terms of ambition on climate change, but should now be followed by accelerated immediate action across the board.

“Rapidly growing public concern about climate change is sending a strong message to all politicians that rhetoric alone isn’t enough and has to be matched with swift and decisive action. It’s now up to MSPs to show they are listening to public concern by strengthening the Climate Bill to urgently ramp up policy action now and over the next decade. Tackling climate change is our moral obligation, but this report shows it is also possible and affordable. We know we can build on early progress to deliver. It means huge benefits such as warmer homes, cleaner air, better health, skilled jobs and a flourishing countryside and can be done in fair way that enhances the lives of workers and communities across Scotland.” 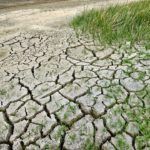 Next Story:
Blog: What now for Scotland after climate emergency declaration?