Stop Climate Chaos Scotland is very disappointed at the Scottish Government’s decision not to take on board the recommendations of Scottish Parliament Committees and stakeholders like ourselves for its Climate Change Plan update. The update published in December did not set out in enough detail how it will make the ambitious goal of a 75% cut in emissions by 2030 a reality and was also a missed opportunity to demonstrate world leadership on climate justice.

Rather than publish a final Climate Change Plan update in light of the Parliament’s recommendations, the Government has instead promised to integrate these into the development of its policies and proposals. We believe it is a mistake to lose the focal point provided by a final, updated plan. SCCS and our members and supporters will be watching closely to see that the next Cabinet delivers on this commitment as the Government moves to implement its plan. This will be vital to ensure that Scotland plays its fair share in tackling climate change, reducing emissions and improving the health and job opportunities of everyone in Scotland. With Scotland hosting COP26 in November it is all the more important that our ambitious targets are backed up with the policies to deliver them. 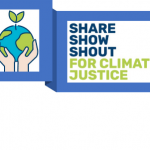 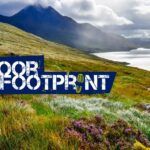