Those of us who had hoped that COP26 may have been rescheduled to take place in spring or early summer 2021 are now readjusting to a November 2021 date.  It seems a very long time away, after the scrambling to get organised and mobilised for this coming November.

In reflecting on where this new date leaves Scottish civil society, with resources already stretched by responding to Covid-19, first thoughts are that the talks may be on hold, but the climate emergency most certainly isn’t. “A delayed COP must not delay climate action” as the negotiating blocs of the Alliance of Small Island States and the Least Developed Countries made clear after the announcement of the revised date.  If we are to avoid catastrophic consequences we still need to act now.

So how can we ensure that this moment, and this momentum, is not lost?

We now have 17 months until COP26, rather than 5.  What can we do, given these times of uncertainty, and the distress and disruption within civil society, and society as a whole, caused by Covid-19?

With Glasgow hosting COP, we in Scotland have a heavy responsibility to go the extra mile, and with humility – after all, as the home of James Watt’s steam engine, Glasgow detonated the explosion which has since grown and propagated, and which has now brought us to the brink of climate crisis.  And, in the week where the Black Lives Matter movement is bringing egregious injustices to light, we cannot avoid the fact that the riches that made Glasgow the second city of the empire, and the powerhouse of the industrial revolution, were built on the back of its colonial past and the slave trade.

How can Scottish civil society ensure that, what started here in Glasgow, also ends here, at COP26?

That’s a big question, and Scottish civil society is just one tiny piece of a jigsaw stretching across the world in the global climate movement. To answer it we must reach beyond both our immediate place, and beyond our immediate time: casting back for inspiration to those powerful social movements that came out of Glasgow’s industrial age, and casting forwards to envisage a Scotland, and a world, in which those not yet born, can thrive.

In more practical terms, if we see the COP as creating a ‘moment’ that focuses the efforts of local civil society, and spurs on climate action in the cities and countries in which they are held, then the extra time is actually very welcome. Other COPs have had longer ‘run-ups’, with Paris being announced  over 2 years before the event.  With the 15 months’ notice Glasgow had of this COP, it always felt like a stretch to reach the full potential of a COP ‘moment’, and certainly transformational change didn’t feel on the cards.

But now everything has changed.

The name of a recent campaign by The Climate Coalition, SCCS’s sister organisation in England, ‘The Time is Now’ seems very prescient right now. Not just because of the urgency of the task – but because of the unprecedented circumstances we are in.  Yes, there are huge challenges – the impacts of furloughing and third-sector budget crises not the least of them – but we are also at a defining moment.

Here are a few things in our favour:

Scotland’s 2019 climate bill committed us to a 75% reduction in greenhouse emissions from 1990 levels by 2030. That is only 10 years away. Over the same period, Glasgow, and Edinburgh, have committed to be climate neutral.  The IPCC, in their 1.5 Degree Report, stated that ‘‘limiting global warming to 1.5 degrees would require rapid, far-reaching, and unprecedented changes in all aspects of society”. And our home-grown targets cannot be achieved by anything less than this kind of wholesale, systemic change.

On every climate march I have been on in recent years I’ve seen many a banner and placard declaring ‘system change not climate change’.  And it is clear that nothing less than massive, systemic changes are what we need to stave off dangerous civilisation-wrecking climate change.

Back in September, at the largest climate marches to take place in Scotland ever, that phrase may have seemed a bit wishful, but now things that were unthinkable seem possible. Glasgow City Council are considering closing off all parking lanes in the city to allow for bike and pedestrian traffic while changing traffic signals to give them priority. These ‘temporary’ measures are to allow for physical distancing for those going about their business in the city during the Covid-19 pandemic. But, once we have readjusted to a new normal, will there be any going back?

Have we ever been closer to being able to envisage system-change actually happening?

It looks like money is coming down the line, in the form of a UK Government ‘economic stimulus’. And the Barnet consequentials dictate that a proportion of this will come to Scotland.

But what is needed more than money, at the moment, are ideas. Big ideas.  There is Europe-wide and world-wide talk of a Green Recovery and a Green New Deal. With the eyes of the world on Scotland and the UK, as hosts of COP, this is the moment where really ambitious – system-changing – ideas have a place.

So how do we use this extra time from the postponement of COP? What will make it most likely that we can make these changes?

We now have the time to make the most of these opportunities and here are three ways I feel we can be most effective.

SCCS has been bringing NGOs, community groups, faith groups, young people and unionists together for over a decade to campaign on climate and we know how effective it is when civil society works together.  The news of COP coming to Scotland was followed by an extraordinary growth of interest the climate emergency across a wide swathe of Scottish society. In in the headlong rush to COP it felt like many opportunities to build the movement were going to be lost.

Delivering the unprecedented and systemic changes we need to make in Scotland will need buy in and drive from across society. There will be great challenges, and we need the problem solvers and the pragmatists as much as the visionaries.

SCCS members are largely, but not exclusively, organisations with aims related to climate and environment. COP provides the spur for us to work far and wide to create the solutions and make the change.  We need the professional and trade associations: builders, lawyers, doctors, engineers, architects, actuaries, planners and the rest and we need the support of all of society.

2. Unite across the UK Four Countries:

This is a UK COP presidency, but taking place in Scotland, with all the political complexities that entails. The Scottish Government may be somewhat side-lined in UK discussions and planning for COP, but the same is not true in Civil society, which is already uniting between the UK and Scotland.  We are working with our sister organisations across the four UK countries, and with a new coalition established specifically for COP26, the UK COP26 Coalition, bringing together groups campaigning on a climate justice platform.

Properly mobilising a civil society movement across our four countries, bringing in grassroots groups with NGOs, and particularly with a political context like Scotland and the UK, takes time and the delay to COP allows us the time to establish the most effective ways of working together, bearing with each other, sharing the burdens and working to our strengths and audiences.

We have many stories of successful change and powerful social movements to draw on. From Glasgow’s Mary Barbour and the rent strikers, to the poverty, heath and housing campaigns, women’s right, LBGT rights and civil rights movements. There have been successes but these campaigns continue where ever injustices continue. As Martin Luther King has been quoted as saying “None of us are free until we are all free” and if we see climate change as an issue of justice and system change, then we need to be building alliances across movements, as nothing is a more fundamental right than the right to a liveable planet.

Climate change affects the poorest, those who have done least to cause it are affected most. And all our solutions need to ensure that the poorest and the most vulnerable are protected and reduce inequality. At a Scottish level this means we need to be making policy that involves everyone in the conversation, especially the most marginalised.

In this present time, too, as we adapt to and recover from coronavirus, we need to connect with those community groups and mutual aid groups who have been responding to the Covid crisis.  The past few months have shows the importance of community resilience and what it can achieve.

This Climate Crisis needs a truly global response and a truly local response and we, in Scotland, are bridging the two as we prepare, over the next year and a half, for COP26. 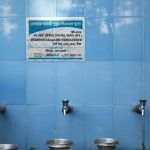 Next Story:
Multiple Crises on a Finite Earth: Water, Climate and COVID-19