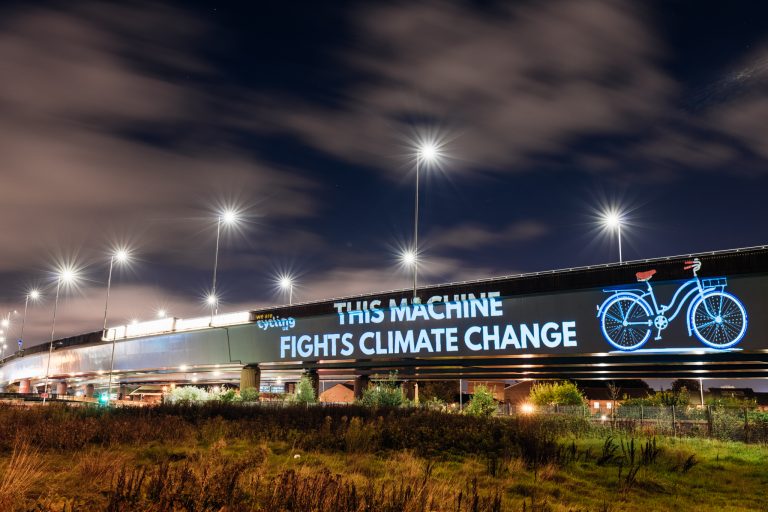 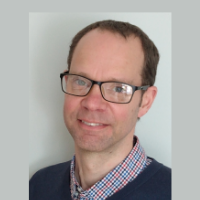 By Jim Densham, Campaigns and Policy Manager in Scotland for Cycling UK

On Saturday I marched through the streets of Glasgow as part of the Cycling Bloc of the mass march surrounded by cyclists who had ridden in from all over Glasgow and further afield. It was amazing to hear a thousand bicycle bells ringing in unison and chants of ‘This machine fights climate change’. It was also fabulous to welcome to Glasgow people who have made a two wheeled pilgrimage to COP26 from all over Scotland, England and as far away as Germany and Italy.

Despite all the marching, chanting and pilgrimages during the years of the 25 previous COP conferences, the agreements and talking (or Blah, Blah, Blah, as Greta Thunberg has put it) have not yet resulted in global emission reductions. Scotland is bucking this trend with emissions reducing by 44% since 1990, although climate pollution from transport remains stubbornly high. How we travel around is now Scotland’s most polluting sector, accounting for 29% of emissions, and has reduced by only 7% in 29 years. At the current rate it will take 450 years to decarbonise transport and we obviously, can’t wait that long.

Radical change is needed quickly in every mode of transport, in all our travel choices and by every council in re-designing our towns and cities. 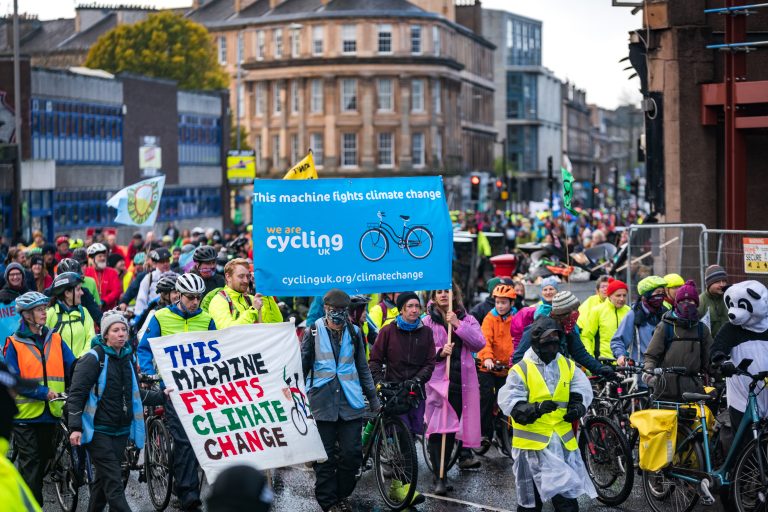 Boris Johnson’s mantra for COP26 has been ‘coal, cars, cash and trees’, and there has been widespread criticism that the COP agenda and the ‘blue zone’ exhibits are entirely focussed on electric cars and charging points.

Only 18% of the world’s population owns a car, so COP’s obsession with electric vehicles is unfair, unjust and unequitable. It will benefit people in rich nations rather than those affected most by climate change and least able to afford this technology. Whilst electric vehicles are part of the solution to climate change, in reality we need fewer cars, not just newer cars.

Instead, world leaders must focus on finding ways to replace the huge numbers of fossil fuel vehicles currently on our roads with many fewer electric versions, whilst making every effort to boost cycling and public transport options for the majority.

Whilst it was James Watt of Glasgow’s technological leap in steam engine design which kickstarted the industrial revolution in 1765 and with-it climate change, the humble bicycle was similarly invented in Scotland but remains the most efficient form of transport ever invented and the original zero-carbon transport technology. Blacksmith Kirkpatrick Macmillan made the first self-propelled bicycle in 1839 at Keir Mill near Dumfries, just 70 miles from the COP26 venue and famously rode it to Glasgow. Today this simple machine is needed more than ever in the fight against climate change.

Sadly, two-thirds of people can’t reduce their carbon footprint by riding a bike because they don’t feel safe on the roads. But it doesn’t have to be that way.

During the Covid-19 pandemic many people got on their bikes because the roads were quieter and safer. They were helped to continue cycling in many areas when councils put in pop up cycle lanes, 20mph zones, and closed some roads. 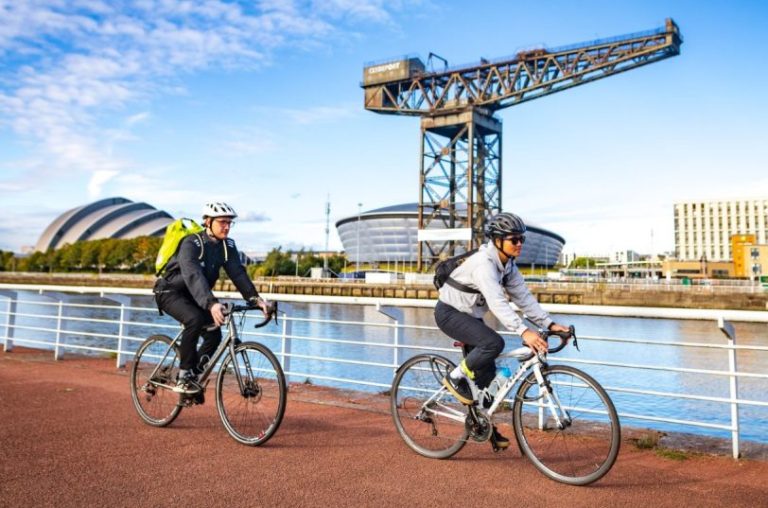 20 of 32 councils in Scotland have declared a Climate Emergency but none are treating it with the urgency, importance or political will that an emergency requires. Permanently closing more roads to cars, pedestrianising town centres, and creating more cycle lanes would be a quick and easy way to start showing greater intent. Paris has done this during lockdown and transformed the city – why can’t we do this too in Scotland? Much better and more integrated public transport services are also on the ‘to do list’ for many urban and rural areas to give people a real choice for how they get about.

To it’s credit the Scottish Government has committed to reducing car journey mileage by 20% within 9 years but at the same time ministers continue to approve new motorway and trunk road projects.

Making personal choices, such as getting rid of a car or switching to commuting by bus can be difficult and mean deep personal sacrifice. In our busy lives, changing how we travel can feel impossible. That’s why national and local governments must do much more to encourage everyone to make changes, by making it harder to drive and fly, and easier, cheaper and more enjoyable to walk, cycle, take the bus or train. As this happens, we will all benefit from healthier lifestyles and more attractive neighbourhoods dominated by people not cars.

It’s hugely frustrating that COP26’s transport day is all about electric vehicles and charging points. This is not the leadership we need in order to decarbonise transport and provide the world with low-carbon transport solutions. What we need is for the COP delegates to agree that all countries, including Scotland, need to invest and create safe cycling and walking infrastructure and public transport networks, as these provide the greatest carbon reductions and wider benefits for everyone. 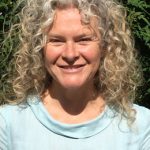 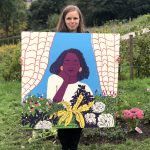