Blog – My first week at my first COP 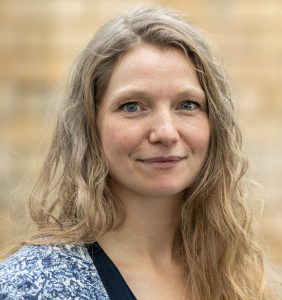 I have joined the SCCS delegation at COP26 in Glasgow to help spread the messages from the Glasgow Climate Dialogues communiqué throughout the Blue Zone (the area which only Ministers, government officials and other accredited individuals and organisations have access).

I wasn’t sure what to expect from the experience, but it has been very inspiring so far. I have spent my days attending a mixture of official UN side events, events at country pavilions, and smaller meetings with other delegations, all of which have allowed me the opportunity to meet new people, hear different perspectives, and of course, raise awareness of the need for Global South perspectives, as well as sharing Jubilee Scotland’s campaign message: no climate justice without debt justice.

Now we find ourselves half way through the summit and I am delighted to share some observations from a ‘Blue Zone’ perspective at COP26.

It is a frustrating process to get into the Scottish Event Campus, where COP26 takes place. On days one and two, it took around 75 minutes to get into the building. People who have attended other COPs say that this is not “normal” and unfortunately are missing meetings whilst stuck in the queue outside. To make matters worse, there have been reports of the venue reaching maximum capacity prior to everyone getting in.

However, if and when you do arrive inside the Blue Zone, the space feels well thought out. The Action Zone (which houses the broadcasting zone) has an amazing huge globe suspended from the ceiling and has ample space set up for informal meetings, and an incredible number of plugs to recharge devices.

The ‘Armadillo’ is housing the official side events, and a huge space next to it is for Delegation Offices and Delegation Pavilions; a food court, and meeting rooms. At any one time, there are thousands of people in these spaces, but it never feels overcrowded. I haven’t once had to queue to use a bathroom, and I could get a chair and cup of coffee at most of the events I have attended at country pavilions.

It is not easy to pull off a COP during a pandemic, but I think the organisers have done a pretty good job.

Whilst there have been COVID scares – one of which being a fellow colleague’s false positive which resulted in me spending Thursday tuning in from home – there are effective safety precautions in place.

You cannot access the Blue Zone unless you have registered a daily Lateral low Test, and these tests are free and accessible. Everyone needs to wear a mask, and they do – we were provided our very own COP mask in our welcome pack – and of course, there is sanitiser everywhere!

This COP has been criticised for its lack of accessibility and this extends to the Blue Zone. Contrary to ‘normal practice’ at COP, Civil Society Organisations (CSO) have not been allowed inside the negotiation rooms. As a result, access to world leaders, ministers and negotiators is next-to-none, and CSO colleagues are actually finding it easier to follow the developments of the negotiations from their hotel rooms. This is especially frustrating for those who have travelled to Glasgow and are paying extortionate sums for accommodation to be at COP.

Due to the aforementioned restricted access, it is hard to notice the impacts of the CSO’s presence. I have attended fantastic events and met amazing people ‒ but sometimes it does not truly feel like we are being heard, consulted or included. More importantly, the Global South perspectives seem to suffer the same fate. That being said, we have had a lot of positive contact with the Scottish Government, who are also doing their best to lift up Global South voices at COP.

I think many people in the Blue Zone are feeling spiritually more connected to those hosting events and stunts across the river in the Green Zone and at other civil society-led spaces. And it was invigorating to be amongst them in the marches through Glasgow on Friday and Saturday.

While COP26 has its challenges, as every COP does, I am still excited to be part of COP26 and I believe that Glasgow can deliver what Paris promised.

It simply has to. 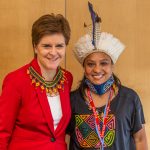 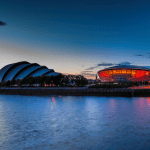