Reacting to the outcomes of COP26 in Glasgow today, Stop Climate Chaos Scotland (SCCS) says rich countries have not gone anywhere near far enough on specific commitments to reduce emissions to limit temperature rise to 1.5 degrees.

While there is a promise to shift the balance of funding by 2025 by doubling the level of support to the least developed countries to adapt, long-standing climate finance promises have still not been met.

The urgent demands of the most impacted countries for new and additional financial support to address irreversible climate impacts they have suffered and will suffer were pushed back for yet more ‘dialogue’ over the next year.

While SCCS says the Scottish Government has in some respects played a positive role at COP26 including by allocating finance for irreversible climate damage ‒ a world first ‒ the coalition calls on the Government to now urgently deliver a just and fast transition away from fossil fuels and, at a minimum, deliver Scotland’s legal emissions targets. This must be done without an over reliance on unproven technologies.

“World leaders arrived at COP26 knowing that this summit needed to be a turning point in tackling the climate crisis, but instead of committing to the emissions cuts needed to keep temperature rises below 1.5 degrees, they again ‘kicked the can down the road’.

“While we’ve seen some announcements during these talks which, if delivered, could make a difference, many are vague and non-binding. The negotiated deal, the Glasgow Climate Pact, fails to reflect the urgency of reducing emissions now. It is essential that countries significantly strengthen their climate plans well before COP27 next year. Further delay will cost lives.

“Ultimately, wealthy countries at COP26 in Glasgow have not delivered on the promise made twelve years ago at COP15 in Copenhagen, to provide $100bn a year by 2020 to help vulnerable and poorer nations to reduce their emissions and adapt to climate change impacts.

“Critically, rich nations who have been responsible for historic emissions have failed to provide the vital new funding needed to address irreversible climate impacts to vulnerable nations, known as loss and damage. It is absolutely unfair and unacceptable to leave those who did not cause the damage to pick up the tab.”

“The people of Peru, including those facing the deadly destruction of the Amazon and the melting of the glaciers, were desperate for world leaders to make these talks a landmark moment in the response to the climate crisis.

“To achieve this, they needed to secure a dramatic acceleration of emission reduction and a big increase in financial support to communities suffering the devastating consequences most.

“On both counts, the level of progress fails to match the scale of this crisis, which is creating more poverty, more hunger and more suffering, with women and girls living the impacts most.

“While these talks have recognised support to communities like those in Peru is insufficient, and we’ve seen some promises to increase it, the world’s richest nations have continued to betray those who face a crisis they didn’t cause.”

Although not an official party to the negotiations, the Scottish Government has played a positive role in encouraging collaboration and ambition on delivery of emission reductions and climate finance, while working with other substate actors to increase the bar, for example through the Under2 Coalition.

However, SCCS believes the Scottish Government missed some key opportunities for delivering action.

“The Scottish Government has played an important and symbolic role by becoming the first rich nation to provide funding to help developing nations who are facing losses and damages from climate change ‒ not as an act of charity, but one of reparation.

“While the £2 million committed is small in a global sense, Scotland’s leadership was strongly endorsed by countries who have been calling for action on this. The funding must now be delivered quickly in ways led by impacted communities.

“Here in Scotland, we must meet our emission reduction targets. We have missed three years of targets in a row, and need urgent action to get back on track. The Scottish Government needs to come up with a realistic Climate Change Plan in 2022.

“We now expect the Government to work with trade unions and impacted communities, to ensure a just transition for all. They should show true leadership on climate justice, including by clearly opposing the proposed Cambo oil field off Shetland, and joining the Beyond Oil and Gas Alliance ‒ following the lead of nations like Wales, Denmark and France.

“Robust new climate action in Scotland must be a key legacy of the talks hosted in Glasgow.” 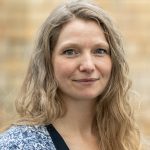 Previous Story:
Blog – My first week at my first COP 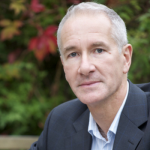 Next Story:
COP26 Blog: Tom Ballantine on the outcome of the climate talks