Guest blog: Our planet’s wildlife is on red alert 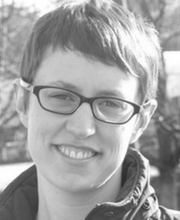 Each spring in the Arctic, the great melt comes. It begins with the trickling of thousands of tiny streams, invisible at the surface. Suddenly the snow is gone, and unstoppable rivers and streams are all around.

It can be easy to feel like nature as we know it, from the great melt, to the routines of flowers blooming in spring or swallows migrating south for the winter, is permanent and familiar. But a new UN report released earlier this month has shown us that this feeling couldn’t be further from the truth. Nature as we know it is in a dangerous decline and the rate of species extinction is accelerating, with climate change one of the main drivers.

The report from the UN’s biodiversity scientists, the Intergovernmental Science-Policy Platform on Biodiversity and Ecosystem Services, is the most comprehensive assessment of our natural world of its kind. It says that to restore and protect nature, including the one million species threatened with extinction, we need to see ‘transformative changes’, including in tackling climate change.

We’ve known for years that there is widespread public concern about climate change and that people have expected a response from their leaders that’s consistent with what science is telling them. However, in recent weeks we’ve seen this latent concern flood the public consciousness in a way we’ve not seen before. The First Minister stepped forward to declare a Climate Emergency, making Scotland one of the first countries in the world to do so and thousands of young people have been on the streets of major cities around the world calling for action.

And it’s not just young people who are sounding the alarm, now our natural environment is shouting warnings at us too. Scotland’s own biodiversity is on red alert, with the devastating impact of climate change across the breadth of Scottish wildlife painted, species by species, in a recent LINK and WWF report. The crisis for our planet’s biodiversity has also been unmissable on our screens: David Attenborough’s touchstone ‘Climate Change: The Facts’ documentary, the heart-breaking scenes in Netflix’s ‘Our Planet’ of walruses driven to their death by a lack of sea ice, and there’s even Game of Thrones, whose creator has said climate change is the real world parallel to his stories.

The report from the UN brings this together to show the combined impact of our action on our planet’s biodiversity. Across Scotland people are already making choices and changes in their daily lives that reflect their concern about climate change. But it’s clear from the recent outpouring of disquiet that people know those changes on their own are far from enough, and they want more from their leaders. Years of incremental and insufficient change in politics and business do not add up to the big required changes to our society, economy and technology and the impacts of this for our planet’s biodiversity have now been laid bare.

Leadership needed to deliver the big changes to our society

Climate change is the biggest and most complex challenge humanity has ever faced. But it is not impossible. We have most of the technologies we need, and we already know most of the answers. But we need leadership from those with their hands on the levers of power.

That’s why it was so exciting to see Nicola Sturgeon declare a Climate Emergency. This has to mean accelerated and coordinated action commensurate with the crisis. And it has to mean new more ambitious greenhouse gas emissions reduction targets.

A recent independent, expert report set out how the UK and Scotland can reach net-zero climate emissions. The Scottish Government have responded by setting a net-zero deadline date, but they must also set out how they will move away from business and politics as usual over the next decade to achieve that end. It was welcome to see a commitment from the Scottish Government to make the next Programme for Government and Spending Review consistent with the climate challenge.

Everything will have to change – from the way we plan hospitals and transport infrastructure to the Scottish Government’s annual budgets to our day to day policy decisions at national and local level, to business decisions, investment patterns and consumer engagement with the issue. Just last week, Greta Thunberg told politicians, “Humans are very adaptable: we can still fix this. But the opportunity to do so will not last for long. We must start today….We children are doing this for you to put your differences aside and start acting as you would in a crisis.”

Crises call for cool heads, and swift, decisive action. Scotland’s politicians have the chance to show they are up for the challenge of tackling the climate emergency facing people and nature.