Responding to the announcement that the Scottish Government has missed the annual climate emissions target for 2017, Caroline Rance from Stop Climate Chaos Scotland (SCCS) said:

“Today’s climate target result shows that Scotland needs to do more on climate change. Emissions from transport, including road traffic and flying, actually went up in 2017.

“Scientists have told us that we need to move faster, and in April the First Minister declared a climate emergency. This means acting with even greater urgency to cut emissions now and over the next decade.

“MSPs must ensure that the new Climate Change Bill, which they will be voting on in Parliament next week, includes tougher climate targets and strong policies to slash emissions.

“Action is especially needed in transport, which remains Scotland’s largest emitter, in how we heat our homes and how we grow our food.  Changes in these sectors will also improve health, reduce pollution and tackle fuel poverty.” 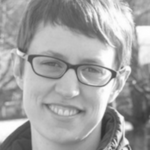