Blog: 10 years on, still much climate work to be done

By Mike Robinson, Chair of Stop Climate Chaos Scotland in 2009 and current Board member.

Ten years ago today, the Scottish Parliament passed the most stringent climate legislation in the world, following the largest civil society campaign Scotland had ever seen.

That campaign began back in 2006.  The scientific evidence for climate change was growing almost daily, but there didn’t seem to be any sort of society-wide co-ordinated response.  The issue just seemed too big and diffuse.   So, in 2006 I helped establish Stop Climate Chaos Scotland (SCCS) – the largest coalition ever formed in this country. We very purposefully tried to recruit as diverse a group of willing members as possible and by 2009 we had over 50 organisations, including most of the leading environment and humanitarian charities, the Churches, and several unions, health and community groups, who in total represented over 2 million supporters in Scotland.

This article was published in The Herald – click on the link below to read the full article:

Previous Story:
No time to lose in tackling climate emergency as MSPs back net-zero climate target 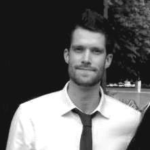 Next Story:
Blog: This crisis is uniquely global, and our actions must be global too