Press Release: Time is running out to make COP26 in Glasgow count

Midway through the UN climate conference, COP26, a group of over 60 Scottish charities says time is running out to ensure the talks in Glasgow are remembered for delivering climate justice. It says that for this to happen, the voices of people most affected by the climate emergency must be listened to and acted upon.

Stop Climate Chaos Scotland (SCCS) is hosting a series of events [1] at COP26 to promote the demands of people most affected by the climate crisis and to elevate the demands of the most marginalised people. The priorities were gathered through the Glasgow Climate Dialogues, co-hosted with the Scottish Government in September, and published in a communiqué [2].

The events have featured compelling accounts from people from around the world, about the climate impacts they are experiencing, and what they want countries to commit to in Glasgow.

At a Glasgow Climate Dialogues event [3], Margaret Masudio, a smallholder farmer involved in an Oxfam project in Uganda, said the climate crisis is creating deep impacts on food production. She said:

“We are addressing the symptoms; not the root cause of climate change. We need to look at the reduction of global warming and who’s causing it and why.

“COP26 should address inequality and climate change. There are solutions. Every year matters, each decision counts, every 0.1 degrees is crucial.”

A key area for action is addressing the damage caused by irreversible climate impacts, like sea level rise. Earlier this week, the Scottish Government became the first government in the world to commit funding to so-called Loss and Damage. The move has been welcomed by the Least Developed Countries who have urged other rich, developed countries to follow.

“There are just a few days left to make the Glasgow talks really count for those facing the consequences of the devastating climate crisis. So much time and energy has gone into hosting COP26, now it’s time for negotiators to deliver the robust action the world needs.

“To achieve climate justice, we must listen to the people who are affected first and worst; to hear the voices of experts from the Global South. We welcome the Scottish Government’s announcement at the start of the week that it will provide specific support for people suffering losses and damages as a result of the climate emergency. This has set an important precedent at the start of COP26 and should inspire other countries to follow.”

“During the first week of COP26, the Seychelles described that they were ‘gasping for survival’, and Fiji warned that the world’s richest nations ‘have buckets but are wilfully ignoring the storms on the horizon and the holes in their canoe’. Globally, rich countries’ promise to provide $100 billion per year by 2020 in climate finance is being betrayed.”

While there have been a series of announcements during the first week of the talks, Stop Climate Chaos Scotland says there needs to be greater urgency in the second week to ensure the negotiations accelerate emissions reductions in line with keeping warming to 1.5 degrees, with clear commitments to increase financial support for the Global South.

The session will be moderated by Alistair Dutton (Chief Executive of SCIAF).

The event will be chaired by Aedán Smith, Head of Policy and Advocacy, RSPB Scotland.

[2] The Glasgow Climate Dialogues communiqué can be found at: stopclimatechaos.scot/communique

A video summarising the Glasgow Climate Dialogues can be found at: https://youtu.be/yH3O584Emu8

[3] A selection of photos from a recent Glasgow Climate Dialogues event can be found here.

Media requests and interviews: Stop Climate Chaos Scotland spokespeople will be available for comment and interview throughout the two weeks of COP26, with representatives inside the talks and outside at events and protests. 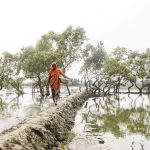 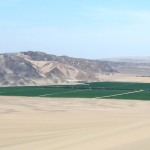