Scotland continues to show leadership on loss and damage: all rich nations must urgently address this grave injustice at COP27

SCCS has welcomed the Scottish Government’s allocation of more money specifically for Loss and Damage finance, after it announced that it will increase its contribution to £7m from the existing Climate Justice Fund. The news comes a day after members of the Stop Climate Chaos Coalition and loss and damage experts from the global south met with the First Minister Nicola Sturgeon to discuss the issue at COP27 in Egypt.

At the meeting, delegates from Kenya, Rwanda, Mali, Malawi, Bangladesh, Nepal and Zambia shared with the First Minister their first-hand experiences of the devastating impacts the climate crisis is having in their communities and their hopes from the global climate talks. They also thanked the First Minister for the leadership Scotland has shown on loss and damage.

Nushrat Chowdhury, Climate Justice Policy Advisor at Christian Aid in Bangladesh, said “In our meeting the First Minister spoke strongly about her commitment to championing loss and damage, and this leadership is very welcome after the many years global south countries have spent campaigning for rich nations to pay for their climate damage. It is essential that this announcement – plus loss and damage finance being on the formal COP agenda for the first time – inspires other rich nations to pay up, and that this is seen as reparations, not charity, as the First Minister has said.”

Anne Callaghan, co-chair of SCCS’s International group said: “We are pleased to see this allocation of money from the existing Climate Justice Fund specifically for Loss and Damage. As the First Minister has acknowledged, this contribution is small but, crucially, we have already seen both Denmark and Belgium build on Scotland’s leadership and also commit funds. All rich nations must now urgently address the grave injustice that the world’s poorest countries who have done least to cause the damage are paying the price to recover.

“However, with increasingly catastrophic climate impacts, we urge the First Minister to now commit to ensuring these funds are genuinely new and additional and raised by making the biggest polluters in Scotland pay for the damage they’re causing.

“By doing so, the Scottish Government can go beyond symbolic sums, contribute our fair share of climate finance and boost investment in the actions needed for a just transition to a fairer, low carbon Scotland. It would also mean the cost of living crisis driven by our dependence on fossil fuels could be definitively addressed, rather than lurching from one crisis to another. The longer we wait to act, the more expensive it will be.” 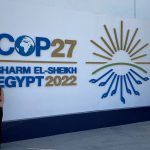