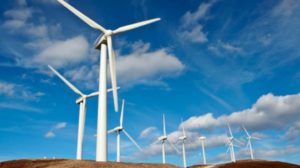 “It’s great news that Scotland has hit the latest annual emissions reduction target. This shows that real progress is being made towards securing the clean energy revolution which our economy and society needs. Tackling climate change delivers huge benefits such as reduced fuel poverty, cleaner air, thousands of jobs and improved health.

“To hit future climate change targets we now need to build on the early successes to supercharge action on key areas.  These include homes, farming and particularly transport, which is for the first time the largest source of emissions.  Transport pollution has been stubbornly high for decades and we need significant action to catch up with other nations such as India and Norway which are planning to end the sale of fossil fuel cars by 2030.

“The forthcoming Climate Change Plan and the Climate Change Bill are key opportunities to set out policies to deliver the benefits of a low carbon future. The Scottish Parliament has a chance to show continued leadership to ensure that the new Bill delivers. We call on all parties to work together to ensure Scotland remains a world leader on climate action.”

Previous Story:
Coalition calls for Scotland to commit to zero emissions by 2050
Next Story:
Scots urged to Act for our Future