Scots urged to Act for our Future 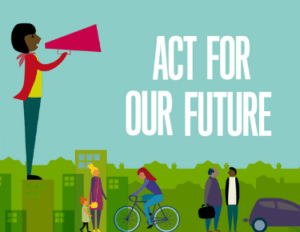 By making their voice heard, the people of Scotland can demand a world-leading Climate Change Bill from politicians, says a leading coalition today.

Stop Climate Chaos Scotland (SCCS) has launched the campaign ‘Act for Our Future’, to call for a Climate Change Bill that creates both world leading ambition and the policies required for delivery. The coalition says a bold Climate Change Bill would create jobs, improve health and reduce poverty at home, whilst also ensuring Scotland plays its part in helping the poorest people in the world cope with the effects of climate change.

Last month the First Minister committed Scotland to living up to the spirit and the goals of the Paris Climate Change Agreement through the new Bill. But the civic coalition says current Scottish Government plans fall well short of the level needed if Scotland is to be at the forefront of delivering the international agreement signed by 197 countries 18 months ago.

“Climate change is already affecting people and nature, here in Scotland and around the world. Time is running out if Scotland is to lead the way to a zero carbon future, but with real action and ambition, a bold new Climate Change Bill can change that. A Bill that truly delivers on the Paris Agreement must be one that says, by 2050 at the latest Scotland will no longer be contributing to the global problem of climate change, and that steps-up action in the short-term to cut emissions from our homes, our travel and our food.

“Our future can be a zero carbon one, but only with strong action from our leaders. This campaign is an opportunity for everyone in Scotland to remind politicians that action on climate change is popular and will create new jobs, improve public health and reduce poverty, creating a better, prosperous future for us all.

“With the forthcoming Climate Change Bill, we have a chance to do our fair share in tackling this global challenge but the targets and actions the Scottish Government are proposing fall far short of what’s needed. That’s why we’re asking as many people as possible to send a message to the First Minister that now is the time to act for our future.”

In order for the new Climate Bill to match the ambition of the Paris Agreement, SCCS say it must: 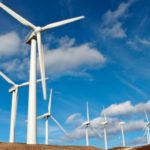