Scotland ‘leads the world’ in the fight against climate change 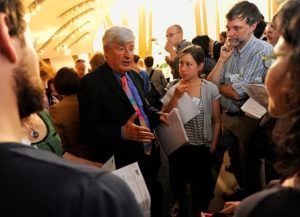 The Scottish Parliament today led the world by passing the strongest climate change legislation of any industrialised nation.

MSPs voted in favour of legislation that commits Scotland to: at least 80% cuts of all greenhouse gases (on 1990 levels) by 2050; a 2020 target of at least 42% reduction in greenhouse gases; include the full effects of emissions from international aviation and shipping from the start; a strong duty on all public bodies to make a full contribution to tackling climate change; and strong energy efficiency measures to tackle fuel poverty and save energy.

Stop Climate Chaos Scotland (SCCS) has been campaigning for three years to see these key elements included in the Bill. 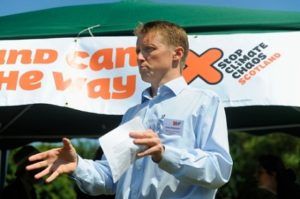 “This is a truly momentous day. The Scottish Parliament has voted for legislation that will be held up as a positive example to the world ahead of climate talks in Copenhagen in December. An emissions reduction target of at least 42% and the inclusion of aviation and shipping from the start sets Scotland’s Bill apart from the UK Act. We hope other developed nations will hear this call for action and follow Scotland’s lead. Now that MSPs from all parties have made these moral commitments, they have a responsibility to do what is necessary to deliver them.

Stop Climate Chaos Scotland commends the Liberal Democrats and Greens for introducing robust targets early in the process and Labour and the SNP for their strong targets as the Bill neared conclusion.” 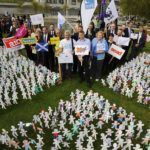 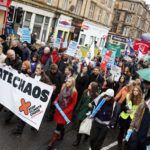 Next Story:
The Wave floods into Glasgow to demand action on climate change