Why Scotland must set a target of net zero emissions 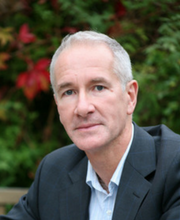 Tackling climate change is an overwhelming moral obligation that we owe to this and future generations.’- the words of First Minister Nicola Sturgeon during her speech to the UN Climate Change Conference in Bonn last year.

As her government prepares to put a new Climate Change Bill before the Scottish Parliament this summer, I hope Nicola Sturgeon’s words will be the foundation for a forward thinking and ambitious bill to keep Scotland amongst the nations leading the fight against climate change – currently the biggest threat to humans and our planet.

It is the urgency of the threat that informs the United Nations response to it – the Paris Agreement. The Agreement requires the 197 nations signed up to it to keep temperature rise this century well below 2 degrees Celsius above pre-industrial levels and to pursue efforts to limit the temperature increase even further to 1.5 degrees Celsius. These requirements reflect the overwhelming scientific consensus that lower emissions will, as the Agreement says, ‘significantly reduce the risks and impacts of climate change’.

To reflect our share in the world response a target of net zero emissions by 2050 at the latest in Scotland needs to be at the heart of the new climate bill. Net zero means reducing the volume of greenhouse gas emissions that human activity releases into the atmosphere until our total output is no greater than the emissions we remove (through activities like planting forests and maintaining peatlands).  That is a tough aspiration.

When the first Climate Change Act was passed in 2009 it set a 42% target reduction in emissions by 2020. At the time that was a tough aspiration too.  And yet with forward thinking policies and investment in advancing technologies we passed that milestone six years early. A tough aspiration has become an inspiring reality.

Poll after poll shows the Scottish people, and other people around the world, want stronger action on climate change.  Those people see the effect changes to our climate are having at home and overseas.  It’s not something to happen to someone else, later; it is something happening to us, now. People also understand what Paris told us- more action now means much less pain later.

Stop Climate Chaos Scotland, and the tens of thousands of people who supported our call for an ambitious bill last summer, are confident that if tough targets are set again Scotland has the ability to meet them. We have seen growing support for more ambitious action over recent times from Scotland’s faith leaders, eminent scientists, and Scottish farmers. We have heard the call for more ambition from the many voices of those overseas suffering the impacts of climate change now and who will suffer even more in the future.

A low carbon future for Scotland is possible, but it can’t be achieved by legislation alone.  It needs the people behind it – understanding how and why change is important: understanding that action has not just costs it will avert, but also benefits that it will give. Beyond addressing climate change, action can give us things such as warmer homes, less pollution, and jobs that can propel Scotland towards a prosperous future.

We share Nicola Sturgeon’s sense of obligation to this and future generations.  We hope the Scottish Government grasps this opportunity to rise to the challenge of that obligation. We can do it- we should join countries like New Zealand, Iceland, Sweden and France, who have already set an example, taken to the progressive path and set a net zero emissions target.