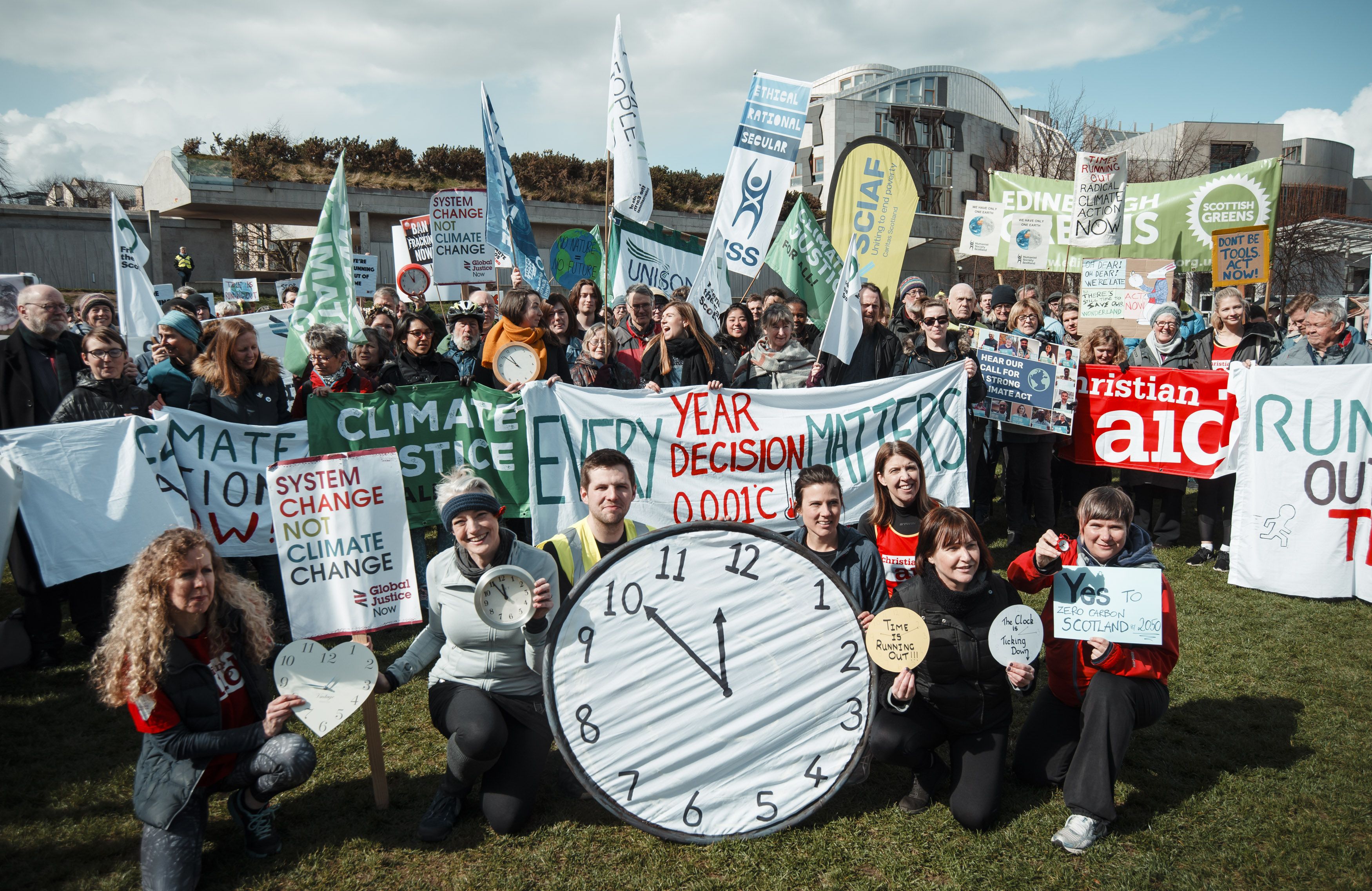 On Tuesday 2nd April 2019 before MSPs had their first full debate on Scotland’s new Climate Bill we held a rally outside the Scottish Parliament to show our support for ambitious, urgent climate action.

Hundreds of people joined the rally and told MSPs we are Running Out of Time.

This is the crucial time frame for action. The impacts of climate change are getting increasingly severe across the world, thousands of children are taking action every week and 29 councils across the UK have announced a climate emergency but currently the Climate Bill includes no extra action within the next decade. 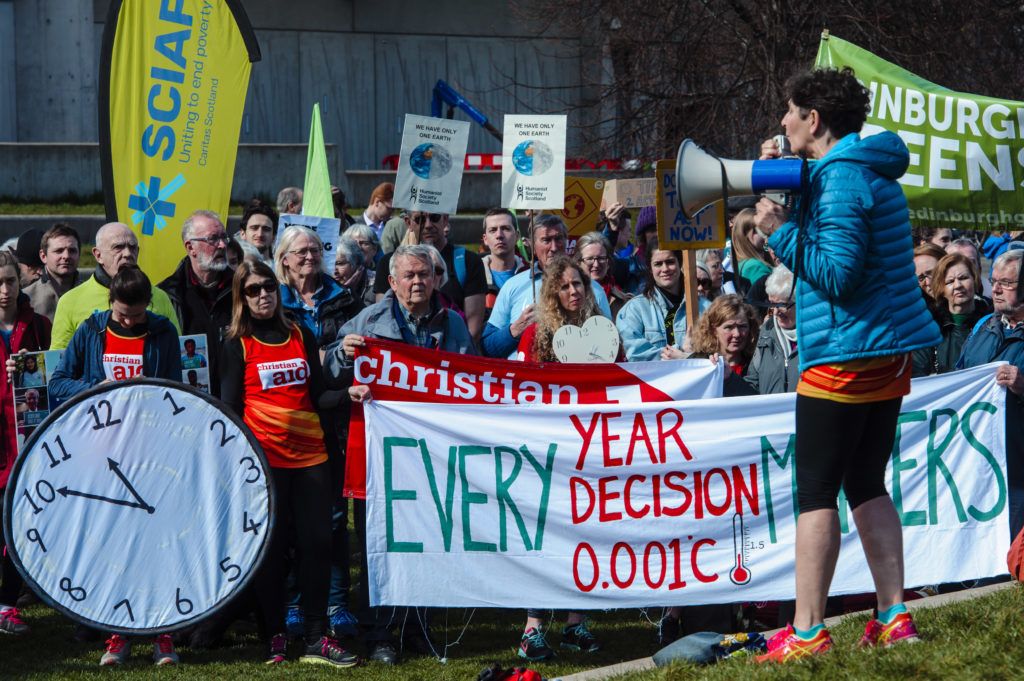