The four Parliamentary Committees examining the Scottish Government’s draft Climate Change Plan have today published their recommendations for the final plan ahead of a full debate in Parliament next week.

The cross party group of committee MSPs produced a strong critique of the Government’s plan for tackling climate change, after considering evidence from experts and views from the public over the last two months, and concluded that there is much to be improved upon.

“Well done to all of the MSPs on these Committees for producing such detailed scrutiny of the Government’s plan on climate change. It is clear there is much to be improved upon if Scotland is to realise the vision of a low carbon future that is cleaner, healthier and more prosperous.

“We are pleased to see that the Committees have condemned the transport thinking contained within the plan as inadequate, and have called for unconvincing predictions of traffic growth to be reviewed. They have also identified a need for more action on encouraging people to walk, cycle and use public transport, which we fully support. It is clear that the Cabinet Secretary for Connectivity needs to provide a significantly revised set of plans on transport.

“On agriculture, the Climate Committee recommends soil testing be made compulsory. They say there is a need for more clarity on Government’s expectations for uptake of climate-smart measures by farmers. Climate-friendly farming can save farmers money.

“On housing, the Committees have criticised the Government’s proposed delay to bringing in low carbon heating and urge Government to move more quickly on this issue. The final plan should provide confidence that the transition to low carbon heat will start immediately.

“Government must ensure that future climate policies are fully funded, but funding is going backwards in some important areas, like cycle path investment. The Government already knows that plans to reduce or scrap Air Passenger Duty will increase emissions.

“We agree with MSPs that Government must use the science of behaviour change properly to inform all policies in the plan. That would help tackle climate change successfully, including at a community level.

“A key point all of the Committees made is that the final plan needs more detail on how much and when each policy will deliver to make it credible. Scotland needs to be sure that the plan is succeeding as it moves forward.”

Next week MSPs will have a chance to question and comment on the Climate Change Plan during a debate in Parliament. It will then be down to the Scottish Government to improve the draft and produce a strong final plan for Scotland. 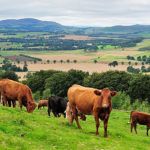 Next Story:
Can the way we farm be part of the solution?