TIME FOR SCOTLAND TO LEAD THE WORLD ON CLIMATE ACTION

A new report shows that while Scotland has been making progress in reducing emissions, success in meeting our new climate targets is by no means guaranteed. If we are going to meet our targets, the Scottish Government must set out a clear pathway to net zero by 2045.

The report from the independent UK climate watchdog the UK Committee on Climate Change (CCC), which assesses Scotland’s progress on reducing climate emissions, outlines how the Scottish Government can use the upcoming revision to its Climate Change Plan to set out how it plans to move Scotland onto a new low emissions trajectory.

“The CCC have rightfully identified that we are in a unique position and at a pivotal moment. With only nine years left to meet the target of reducing emissions by 75%, it is absolutely crucial that the Scottish Government produces a Climate Change Plan which sets out the urgent action we need to achieve this target.

“The Climate Change Plan must deliver a recovery from the pandemic which is green and fair, by leading transformational change that secures jobs and ensures a Just Transition for workers transitioning to climate-friendly industries.

“We want to see new and detailed policies across all sectors that deliver rapid emissions cuts and a strong commitment to transformational action in underperforming sectors where emissions remain high, such as transport, agriculture and buildings. This means moving money from major road building to making public transport more affordable, and setting a target to make all homes easier to heat by 2030. This must be done in tandem with protecting and enhancing the things that help to reduce emissions, such as peatlands and woodlands.

“With just over a year until Scotland hosts the UN climate talks, COP26, we urge the Scottish Government to get on track to meeting our targets and show that we are world leaders in climate action.” 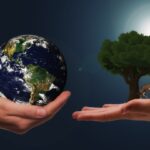 Previous Story:
It’s time to empower ourselves and work together for a better future
Next Story:
Rich countries such as Scotland must not abandon world’s poorest people amid the climate crisis, warns Scottish coalition