Jamie Livingstone, Head of Oxfam Scotland and a Stop Climate Chaos Scotland Board Member, gives a summary of the recent Glasgow Climate Dialogues.

This article originally appeared in The Geographer in September 2021.

If COP26 is to deliver climate justice, it must listen to – and act upon – the priorities of those countries, communities, and people who face the escalating consequences of a climate crisis they did little to cause. In short, it must listen to people like Margaret Massudio, a smallholder farmer and activist in Uganda.

Margaret was just one of the Global South experts who participated in the recent Glasgow Climate Dialogues, a discussion series hosted by the Scottish Government and Scotland’s civil society climate coalition, Stop Climate Chaos Scotland, in deep collaboration with partners from across the Global South.

Margaret described living with, and trying to adapt to, the daily reality of trying to grow enough food when it rains either too much, too little, or not all. Uganda has been hit hard by the consequences of our rapidly changing climate. “It has caused a lot of loss of biodiversity,” said Margaret, who described women and children facing food insecurity and malnutrition. She’s working with Oxfam to build the resilience of women farmers, including by restoring drought-resilient crops.

Too often, and for too long, those already being impacted by a crisis fuelled by the excessive emissions of the world’s richest have felt sidelined and unheard by global climate negotiations which have, so far, failed to meet the scale of the challenge.

Reducing this deep and long-lasting power imbalance was a core aim of the Glasgow Climate Dialogues, a series of events exploring key areas for action: Access, Participation and Voice; Adaptation and Resilience; Loss and Damage; and a Just Transition.

Participants included community representatives, governments, non-governmental organisations, charities and universities, from Malawi, Sri Lanka, Rwanda, Tanzania and Bangladesh to Uganda, Colombia, Uruguay and Tonga. The result is a communiqué that seeks to capture their priorities for, and beyond, COP26 in Glasgow.

It should be compulsory reading for every negotiator as they arrive in Glasgow. Why? Because unless COP26 acts upon the priorities of the Global South, it cannot possibly deliver climate justice.

As Gerard Howe, Deputy Director of the Scottish Government’s COP26 Team, told the Dialogues, “We know that acting on climate change and its impacts in a fair and in a just way, and in a way that truly leaves no one behind, requires the perspectives and the decision making from colleagues in the Global South to be absolutely centre of all we do.”

With Covid super-charging long-standing barriers to the meaningful participation of delegates and activists from the Global South at the UN climate talks, the communiqué flowing from the Glasgow Climate Dialogues takes on particular significance. So too does its cross-cutting call for action to deliver a level playing field in the negotiations, including special efforts to boost youth participation through the introduction of youth delegates within country delegations.

"Unless COP26 acts upon the priorities of the Global South, it cannot possibly deliver climate justice."

Critically, the communiqué demands an assessment of how the groups most impacted by climate change are heard in the negotiations, which were described by Janine Felson, an advisor to the Alliance of Small Island States and the Caribbean Community, as an historic “point of reckoning” for rich countries.

The warning comes as data shows countries that got rich by burning fossil fuels are failing to meet their promise to mobilise $100 billion a year to support developing countries to adapt to the climate crisis and to reduce their own emissions. Not only are developed countries falling significantly short of that inadequate target, but much too little of the money which is being mobilised is reaching those who need it most and, even when finance does reach them, it is too often in the form of loans rather than grants, deepening countries’ debt levels at a time when Covid is applying further pressure.

The communiqué therefore calls for COP26 to agree a stretching new global public finance goal for adaptation for post-2025, along with measures to boost ownership of adaptation projects by local communities, women, and other marginalised groups.

Yet, amid escalating impact, adaptation is proving to be no longer enough to protect all communities on the front lines of the crisis, adding to climate injustice. “We have entered the era of loss and damage,” said Professor Saleemul Huq from the International Centre for Climate Change and Development in Bangladesh. “It’s going to get worse, not better – every year’s going to be worse than the year before. Every day is going to bring something new.”

The communiqué calls for COP26 to find ways to address this escalating reality, including the creation of a new solidarity fund that channels support – over and above existing climate finance and Overseas Development Assistance commitments – to those who need it most. It challenges us in Scotland, with government, to convene discussions beginning at COP26 to drive this forward.

Importantly, the communiqué also demands a global just transition with countries doing their fair share to reduce their current emissions and to repay their climate debt, while also protecting the right of countries in the Global South to develop their economies, and ending the plunder of Global
South resources. “The climate crisis is inherently unjust,” said Dipti Bhatnager from Friends of the Earth International, adding, “those who created the crisis need to step up, take responsibility and do the most to address it.”

Acting upon the Global South’s clear priorities at COP26 would be a crucial first step towards delivering climate justice. 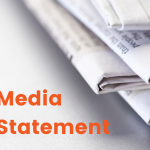